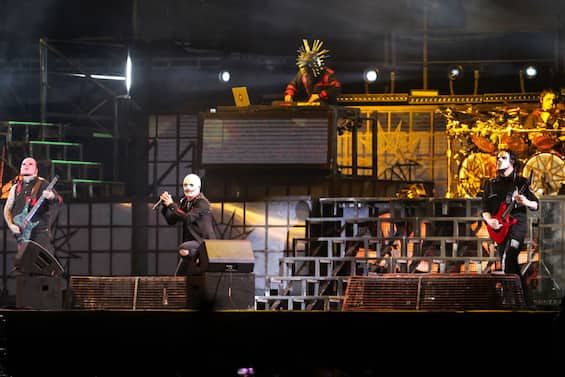 Music, art and culture: KNOTFEST ITALY It will take place Sunday 25 June 2023 atNorth Park Arena in Bologna. Therefore, for the first time ever – after the United States, Japan, Mexico, Colombia, France, Germany, Finland, Chile, Brazil and Australia – our country will also host the famous traveling festival created by SLIPKNOT in 2012 and which, over the years, one of the most important events in the world.


SLIPKNOT they will obviously be headliners of the festival, which will see in the line-up bands protagonists of the contemporary metal scene such as ARCHITECTS, AMON AMARTH, THE PREVAILS, LORNA SHORE, NOTHING MOREItalians DESTRAGE and other special guests to be announced soon.

The famous will also be present KNOTFEST Museum, a fundamental element that distinguishes the SLIPKNOT festival and which collects many objects that tell the story of the band from its beginnings to the present day. Tickets to enter the Museum are limited. Tickets for KNOTFEST Italy are already on sale exclusively for Knotfest Premium Members. General presale on Ticketone and Knotfest.com/Italy from December 7, at 10 am. VIP Packages will be available in limited numbers, which will include admission to the KNOTFEST Museum, priority access to the Arena, a Gold Circle ticket, reserved parking and much other.