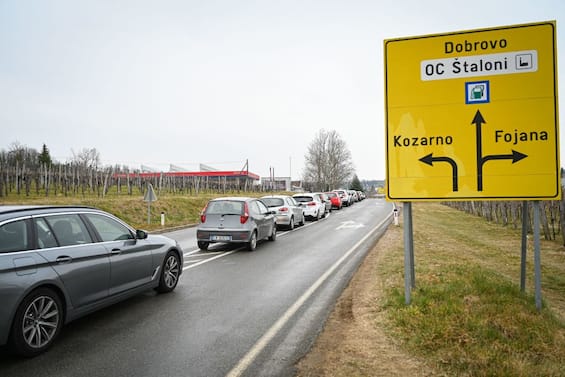 From September 27, organizing a short trip by car to refuel across the border is cheaper. Destination: Slovenia. Here we start with € 1.603 to buy a liter of diesel to get to € 1.353 per liter for petrol. Prices that, if compared with the Italian average this week, appear much more than competitive. On diesel fuel you can save up to 0.158 cents per liter, on petrol we are talking about 0.303 cents.

The measure of Slovenia

This is possible following the decision of the Slovenian government chaired by Robert Golob, representative of the center-left Freedom Movement party, to impose a further drop in the cost of fuel to support citizens in view of the rise in prices. Shortly after the provision, in force until next October 10 in distributors outside the highways, something started to move in Italy.

Searches on the web

On Google Trends starting from the term “Slovenia” it turns out that in the third place of the most searched associated words there is “Petrol cost”while searches grow “Slovenia – Diesel – Fuel”. The region in which the research is concentrated turns out to be, unsurprisingly, the one that most of all shares history (and borders) with Slovenia: Friuli-Venezia Giulia.