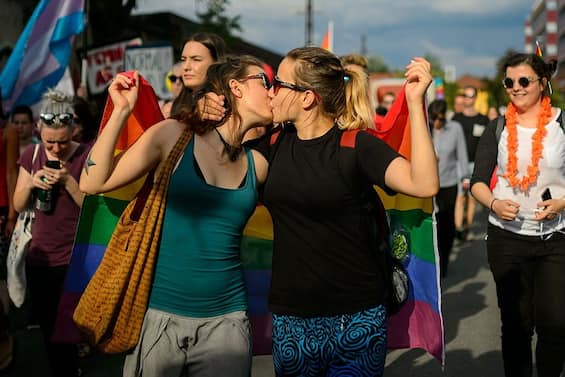 Historic day for civil rights in Slovenia, where a progressive-inspired parliament approved with 48 votes in favor and 29 against a series of amendments to the code that regulates family law, defining marriage as the union for life of two people. The changes thus open the way to marriage between same-sex couples, and also to adoptions, making Slovenia the first ex-communist Eastern European country to adopt such legislation. Slovenia, a country of the former Yugoslavia, is part of the European Union and NATO. Pina Picierno, vice president of the European Parliament and member of the Democratic Party, wrote on Twitter that this is “a great step forward on the civil rights front and a huge milestone for all of Europe”. On September 26, Switzerland also gave the green light to marriages between people of the same.

A similar law on family law was introduced in 2011, but a popularly inspired referendum in June 2012, with the participation of 30% of those entitled, annulled the validity of the law. The same fate happened to a law on same-sex marriage, adopted in 2014 and repealed by a popular referendum in 2015. In reality, marriages and adoptions for same-sex couples in Slovenia were legal since last July, when the Constitutional Court had judged the previous prohibitions on the subject unconstitutional and discriminatory. The court ordered parliament to write a law within six months, but it took less than three.