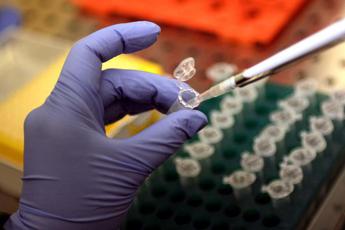 The indications in two circulars from the Ministry of Health

Following the arrival of the first tranche of donation of smallpox vaccine Jynneos, by the European Commission, has decided to divide the vaccine doses currently available among the Regions with the highest number of cases reported to date. This is the provision of a circular from the Ministry of Health, which it therefore assigns two thousand doses to Lombardy, 1,200 to Lazio, 600 to Emilia Romagna and 400 to Veneto.


Furthermore, as requested, pending the next tranche of donation (currently scheduled for the second half of August), a portion of doses (multiples of 20 up to 60 doses). A portion of the vaccine will remain stored at the Ministry of Health, for any emergencies, the circular states.

The Ministry of Health excludes for the moment a mass vaccination, limiting it to categories at risk. “At the moment, the mode of contagion and the speed of spread, as well as the effectiveness of non-pharmacological measures, exclude the need for a mass vaccination campaign. Given the current epidemic scenario and the limited availability of doses, the first high-risk categories to which vaccination will initially be offered, as pre-exposure prophylaxis, are identified among: laboratory staff with possible direct exposure to orthopoxvirus. Gay, transgender, bisexual and other men who have sex with men (MSM), which fall under the following risk criteria: recent history (last 3 months) with multiple sexual partners; and / or participation in group sex events; and / or participation in sexual encounters in local / club / cruising / saunas; and / or recent sexually transmitted infection (at least one episode in the past year); and / or the habit of associating sexual acts with the consumption of chemical drugs (Chemsex).

These subjects at higher risk, explains the ministry in the circular, could be identified among those who belong to the PrEP-HIV clinics of the infectious disease centers and the Check Points, to the HIV centers and to the centers for the treatment of sexually transmitted diseases, using also indicators of high-risk behavior similar to those used to assess suitability for HIV pre-exposure prophylaxis, but applied regardless of whether or not HIV infection is present. The involvement of LGBTQIA + associations and those for the fight against HIV is considered important, in particular to promote correct information on the vaccination campaign. The vaccine offer strategy in favor of further target groups may be updated on the basis of the epidemiological trend and the availability of doses.

The currently available vaccine, MVA-BN (Modified, Non-Replicating Ankara Live Vaccine Virus, manufactured by Bavarian Nordic), is a vaccine distributed by the United States under the name of Jynneos, and authorized by the FDA for the prevention of smallpox and smallpox. of monkeys in adult subjects at high risk of infection.

MVA-BN is also authorized in Canada, under the trade name Imvamune, and in Europe, under the trade name Imvanex. As reported by Ema, between the two products (Jynneos and Imvanex) there are small differences in terms of production process and quality specifications between the various marketing authorizations in the different regions, due to differences in the data sets, but which do not affect the final quality of the vaccine. More recently Ema has extended the indication of use of Imvanex (previously indicated only for smallpox) also for monkeypox