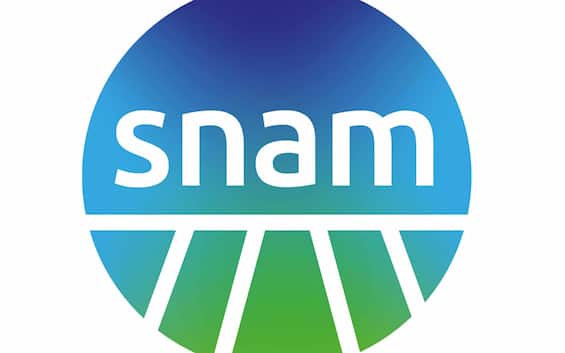 Dividend policy confirmed and extended by one year, with minimum annual growth of 2.5% extended to 2026, with confirmation of +5% per share in 2022

Total investments up 23% to 10 billion euro, Ebitda up 7% on average, net profit up 3% in the period, Rab up 5%, a dividend with growth extended to 2026 minimum of 2.5% envisaged for previous years and confirmation of the commitment to reduce emissions towards carbon neutrality by 2040. These are some of the points of Snam’s 2022-2026 strategic plan, which will be presented today by the administrator delegate Stefano Venier to the financial community.

In detail, the expected growth is 5% higher than the Rab in 2022-2026, more than double the forecasts for the previous period of the plan (2021-2025) due to higher investments and the deflator; approximately 7% of EBITDA, compared to 4.5% in the previous 2021-2025 plan, mainly due to the growth of the Rab (80%), higher remuneration from the regulatory framework, the growing contribution of “output based” incentives and from energy transition businesses. All of these factors will contribute to the growth of the Group’s Ebitda expected to be approximately 2.85 billion euros in 2026, of which approximately 140 million will be linked to the energy transition businesses; of 3% of net profit due to the increase in the industrial profitability of the business and efficiency measures, offset by an increase in financial expenses due to the increase in interest rates which are assumed to be at an average of 2% over the period of the plan , compared to a forecast of 1.1% in the previous 2021-2025 plan. Compared to the guidance on 2022 net profit, equal to at least 1.13 billion euros, the projection at the end of 2026 is 1.27 billion euros.

As regards total investments, of the 10 billion euros, 9 billion euros are earmarked for gas infrastructure. In particular, 6.3 billion euros on transport (compared to 5.4 billion in the previous plan), including investments relating to the upgrading of the Adriatic Line and the application of the new methodology for assessing the state of health of assets for replacements of network; 1.3 billion euros for the expansion and renewal of storage sites (compared to 1.2 billion in the previous plan); 1.4 billion euros earmarked for LNG, with a significant increase attributable to the purchase of the two floating regasification terminals and related infrastructure investments. Investments in energy transition businesses amount to 1 billion euros. Among the green gases, biomethane is the one at the most advanced stage of development and available in a short time. Investments in biomethane in the 2022-2026 plan amount to approximately 550 million euros and envisage over 100 MW of plants in operation by 2026 (with an expected production of approximately 200 million cubic metres).

Over the period of the plan, against an expected indebtedness to rise to around 18 billion euro in 2026, Snam expects to maintain a credit ratio, both in terms of flow (FFO/Net Debt) and stock (Net Debt/Fixed Assets included the affiliates), consistent with the current creditworthiness; a mix of fixed and variable debt of about 2/3.

The weight of sustainable finance is growing and is expected to reach around 80% by 2026 compared to around 70% achieved at the end of 2022, in light of the objective of structuring future Snam issues in ESG (Sustainability-Linked-Bond) format or Use of Proceeds). With reference to the capital allocation strategy, the implementation of the investment plan remains a priority together with maximizing the value of the assets (of the affiliates). Snam could evaluate a capital rotation strategy for assets considered “non-strategic” to be used for possible non-organic growth opportunities.-