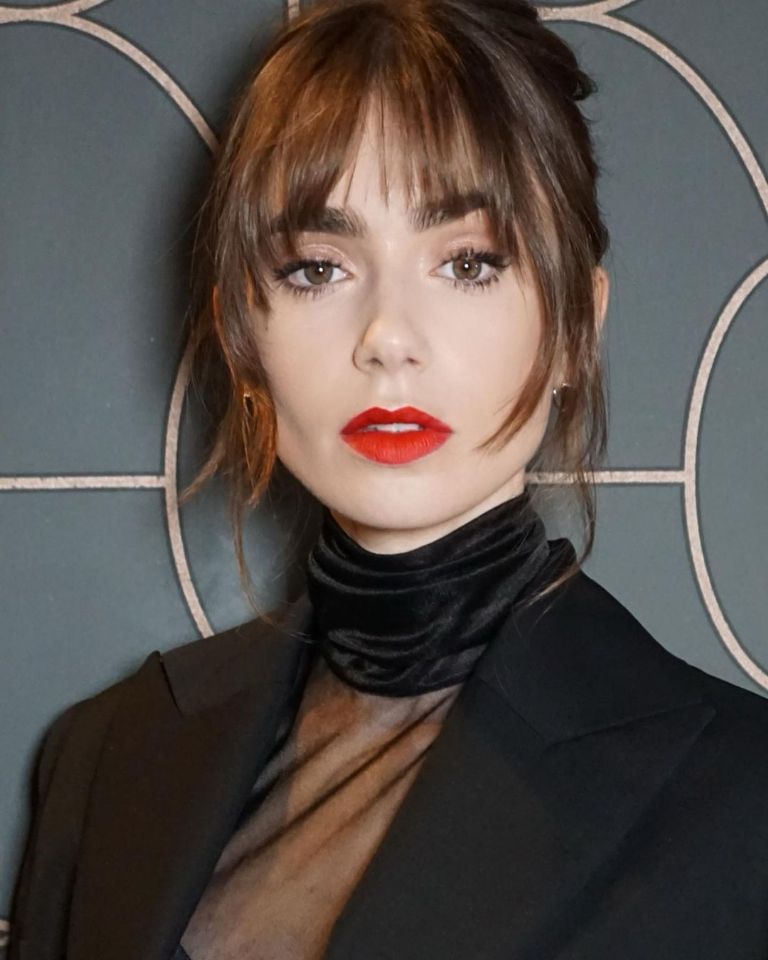 Lily Collins is the protagonist of one of the latest Netflix hits in the series “Emily in Paris”. After the great repercussion of his first installment issued at the end of 2020, he appeared at the premiere of the second season held in West Hollywood, California; with a spectacular look in the style of the 60s. As always she dazzled and now everyone wants to know the details of her outfit and makeup.

The daughter of the famous musician Phil Collins, at 32 years old, she plays the role of a girl who travels to Paris for work reasons and there different experiences are triggered that the protagonist goes through. The character of Lily It has caused a sensation among its fans and the press, who always praise its looks, which are very well cared for and are highly sophisticated.

The “Emily in Paris” actress takes great care of her style and image and is already a fashion trend every time she wears an outfit. This is the case of his last appearance in public where he wore a beautiful outfit and accurate accessories, but without a doubt on this occasion the protagonist of the night was his accomplished makeup with thick sixty-year eyelashes.

Lily she wore a balloon dress in black, gray and green tones from the designer Valentino Haute Couture, with a print decorated with sequins. Then he accompanied with metallic earrings, platform shoes and semitransparent stockings. She perfectly completed her styling with an impeccable makeup.

We give you in detail one by one the elements used to achieve makeup according to the stylists and makeup artists of Lily. First, he used a serum to soften the dermis; She continued to strain on foundation, concealer, and highlighting powder. Then pink blush on the upper part of the cheekbones. She then used various shades from the For the love of Paris palette on her lower eyelid as well as under her lower lash line to add depth to her gaze. Next, she combined mascara with an eyelash primer to highlight the eyes that were the stars of the look and she also applied makeup to her eyebrows to finish giving frame and expression to her eyes. Finally, on the lips they used a delicate liner in Natural Mauve color and the lipstick L’Absolu Rouge Lipstick in Tendre Mirage. To accompany and clear the face in order to give space to your makeup, Collins she wore her hair up.