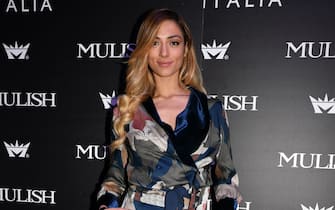 Soleil Sorge is about to land on the Island of the Famous together with Vera Gemma. After participating in the reality show in 2019, this year the former castaway will play the role of the pirate and she will have to help one of the two teams that will compete during the episode

Soleil was born in Los Angeles on July 5, 1994 to an Italian father and an American mother, but she grew up in Abruzzo. She has spent many years in Manhattan, where she studied at the Lee Strasberg & Film Institute. This is why she also speaks English very well

Soleil Sorge, the sexiest photos of the influencer

In 2014 he participated in Miss Italy

The competitors of Isola dei Famosi 2022: the cast. PHOTO

In 2017 she made herself known to men and women as a suitors of Luca Onestini, who then chose her. The two began a relationship, which came to an end when Onestini participated in the Big Brother Vip. At that time she Soleil began dating another former tronista, Marco Cartasegna

In 2019 he participates in the Island of the Famous and here he meets Jeremias Rodriguez, brother of Belen and Cecilia and the two begin a love story

Love at the terminus between Jeremias Rodriguez and Soleil Sorgè

Soleil also participated in the 2020 edition of Beijing Express together with his mother Wendy.

Beijing Express 2020: who are Soleil and Wendy, mother and daughter

In 2022 she was among the competitors of Big Brother Vip, where she made headlines for the fluctuating relationship with Alex Belli and Delia Duran

After the experience at GF Vip, Soleil was chosen as judge alongside Federico Fashion Style in the new edition of La Pupa e il Secchione conducted by Barbara D’Urso

WATCH THE VIDEO: Who is Vera Gemma