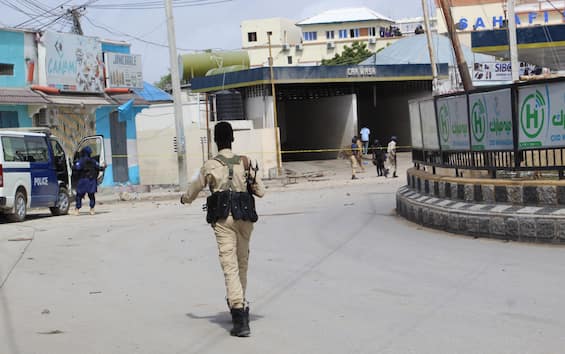 At least eight civilians were killed in the attack on the Hayat hotel in Mogadishu carried out on Friday evening by the Somali terrorists of Al-Shabaab. This was said by Somali security officer Mohamed Abdikadir. He explained that, after a few explosions (the first caused by a kamikaze), a violent firefight began between the security forces and the jihadist terrorists and that the blitz by the security forces to free the hotel is not over yet: there they are gunshots and sporadic explosions, with the military besieging the terrorists barricaded in the popular hotel, frequented by Somalis and foreigners. “The security forces are still neutralizing terrorists who have barricaded themselves in a hotel room. Most of the people have been rescued, but so far the deaths of at least eight civilians have been confirmed, “Abdikadir said.” Dozens of people were rescued by the security forces and who were trapped inside. “, he added.

The attack on Mogadishu

Al Shabaab then returned to strike in Somalia. The commando of Islamist militiamen launched the attack on a hotel in the center of Mogadishu. There were gunfights between the security forces and the jihadists, who have entrenched themselves inside the building. “A huge explosion occurred just minutes before the attackers broke through the hotel,” said another official, Abdukadir Hassan. Somali police spokesman Abdifatah Adan Hassan explained that the first explosion was caused by a suicide bomber. Witnesses reported that the second explosion occurred minutes after the first, causing casualties among rescuers, members of the security forces and civilians.

Al-Shabaab, a group linked to Al-Qaeda and engaged in an insurrection against the Somali federal government for 15 years, claimed responsibility for the attack. “A group of Al-Shabaab attackers have made their way into the Hayat hotel in Mogadishu, the fighters are randomly shooting inside the hotel,” the group wrote in a brief statement on a sympathetic website. The Shabaabs were driven out of the country’s major cities, including Mogadishu, in 2011, but remain rooted in large rural areas. In recent months, they have intensified their attacks. On Wednesday, the US military announced that it had killed 13 Shabaab militiamen in an airstrike who were attacking soldiers of the Somali regular forces in a remote area of ​​the country in the Horn of Africa. The attack was carried out on Sunday near Teedaan, about 300 km north of the capital Mogadishu, according to a statement by the American military command in Africa (Africom).