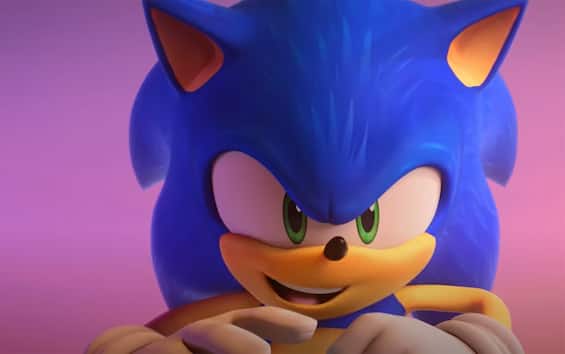 Sonic Primean animation product that was born from the collaboration between SEGA and Netflix, will be made available next December 15th on the streaming platform (it will also be visible on Sky Q and via the app on the Now Smart Stick). It is one of the most eagerly awaited products for this month, leaving aside the classic Christmas films which for a few weeks have already begun to kindly invade the catalog of the American platform.

The trailer of Sonic Prime

Anyone who was a child between the 80s and 90s cannot fail to remember or not know Sonic, the blue hedgehog protagonist of a long saga of hugely successful video games before the boom of hyper-realistic consoles. Sonic the Hedgehog has not ceased to exist and has continued to entertain millions of players even in the most modern versions of video games but it is undeniable that his success comes from farther away. The TV series that sees him as the protagonist, as can also be seen from the trailer, has all the elements that made him famous. The trailer opens with a clash between Sonic’s group and the Dr. Eggman: an epic clash that leads to the opening of new worlds. This is where the story starts, as the trailer itself suggests, which will see Sonic engaged in weaving new, often unlikely, alliances to be able to fix everything. Already from the trailer you can perceive the care in the 3D animations and in proposing a product that lives up to the expectations of those who are anxiously waiting.

The plot of Sonic Prime

Together with the new trailer, the official synopsis of the series was released, which will consist of 24 episodes. The first 8 will be released next December 15th and they will all last 20 minutes, with the exception of the first one which will be twice as long. “Sonic returns in an all-new guise with a revamped cast. An incredible twist catapults the beloved hedgehog into an unprecedented adventure in which the fate of the multiverse is in his hands. Sonic’s adventure is not only a race to save the universe from the evil plots of his longtime nemesis Dr. Eggman and his army of robots, but also to save the friends he took for granted. in the official synopsis.