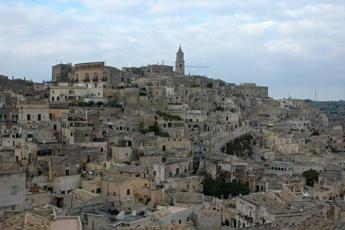 “The South is known and renowned above all for its sea in the summer, for its coasts; but seaside tourism produces an average per capita expenditure of 90 euros while cultural tourism is more self-spending and records an average of 128 euros per capita. Also for this reason, it is necessary to aim at cultural tourism in the South, which is rich in history and art“. To indicate this need is Giorgio Sotira, CEO of Civitaspeaking at the Lanterna di Roma at the meeting ‘South and the future: strategic Southern Italy‘ organized by the Magna Grecia Foundation and now in its fourth edition.

“Southern Italy, excluding Sicily which has regional autonomy over cultural heritage, compared to 34% of the Italian population and 37% of state museums, registers only 23% of the number of visitors – observes Sotira – And economic sustainability in the South is reduced to a fifth of that of an investment in the North. But, apart from the economic and financial calculations, it should also be emphasized that investing in culture does not only mean boosting tourism but also a positive approach to the issue of gender inequality, given the high presence of women in the sector”.