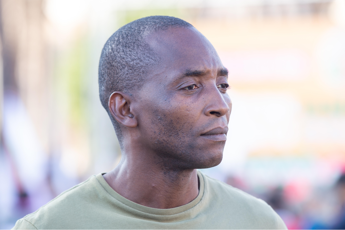 “I suspended myself because I believe in the values ​​of dignityout of respect for the story that brings me here, which is the story of many”. I don’t forgive my levity” he reiterates.


“I feel pulled into the corner, from that corner I made that video, I want to apologize for those tears, an intimate expression of human weakness. But I’m ready to tell the truth. I would not make that video again“.

“Does my parable end here? I told the truth, I was born on the street, I’ve always been on the corner, but having moved from the corner was a collective journey, I’m not a character, someone who fights for the farm workers, for the riders , who gets on the ship in Catania, has postural radicalism, we will try to get up. I apologize if I wasn’t paying attention to what was happening at home, I will elaborate on what happened“.

UNPAID SALARIES – “Before meeting my partner I was on the front line, once I met her I understood that the cooperative was virtuous” she said. “I learn, then, that there are unpaid salaries, my partner told me that they were delays by the public administration”. “I committed a lightness, I had to make fewer trips and stay close to these workers. Whoever made a mistake will have to answer for it “, she underlines.

THE WIFE – “Have I asked my wife to account? Yes, I asked the reason for this situation, the testimonies I have seen now are more, compared to the unpaid salaries” he adds, recalling that his wife “no longer works in the cooperative”. “I only knew that there were arrears of salaries” Soumahoro justifies himself, explaining that he did not know of other possible crimes and offenses attributable to the cooperative of his wife and mother-in-law.

“Social media pics of my wife in fancy clothes? Fashion is neither black nor whitethese are images that need to be dated, my wife has her own life”.

THE MONEY FOR THE HOUSE – “With what money did I live? I wrote a book” he says to the conductor who reminds him of a 270 thousand euro mortgage to buy the house. And he adds: “My wife worked.”

THE APPLICATION – “What happened before the vote in the Italian Left I don’t know, but I’m certainly not a self-candidate” he says about possible information that left-wing parties had about him on alleged irregularities in the cooperatives managed by his family. “Green Europe and the Italian Left they asked me to apply, but my resume is the one that speaks” with the struggles in favor of the labourers. “The way I am, if I had known about the investigation I certainly wouldn’t have applied for a candidate” he concludes.