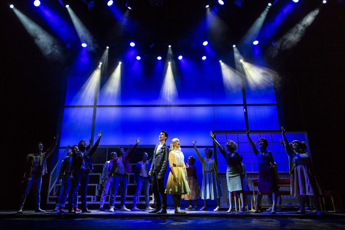 It’s always Grease-mania: the musical signed by Jim Jacobs and Warren Casey in 1971 and made even more famous by the 1978 film starring John Travolta And Olivia Newton-Jonescontinues its legend also in Italy, in the director’s version Saverio Marconi for his Company of the Rancia, which has already scored over 1,800 performances in its 25 years on stage, reaching almost 2 million spectators at the theatre. Now, after the debut on 25 September at the Pergolesi Theater in Jesi as part of the ‘Pergolesi Spontini Festival’, the musical ‘Grease’ will be on stage until Sunday at Brancaccio theater in Rometo then go on tour in ten Italian regions until April next year.


“The musical ‘Grease’ is a colorful and luminous magic, a party to be shared with friends and families without being able to remain still on the armchairs but going wild dancing to the notes of the famous soundtrack: a pop phenomenon that conquers everyone thanks to a group of young performers full of talent and energy”, it is underlined in the director’s notes. Starring Simone Sassudelli in the role of Danny Zuko which belonged to John Travolta and Francesca Ciavaglia in that of Sandy, made unforgettable by the recently deceased Olivia Newton-John; with them Kenickie is Giorgio Camandona, Rizzo is Gea Andreotti or Silvia Riccò, Miss Lynch is Elena Nieri, as well as the T-Birds, the Pink Ladies, high school students and a very special rock angel.

“This applause machine has changed the way of living the experience of going to the theatre; it is a hymn to friendship, to the unforgettable and absolute loves of adolescence, as well as to an era, that of the Fifties, which today, as then it represents the symbol of a carefree world and an unshakeable faith in the future”, seasoned with memorable songs for a timeless love story, among rebellious tufts modeled with hair pomade, leather jackets and jaunty flared skirts.