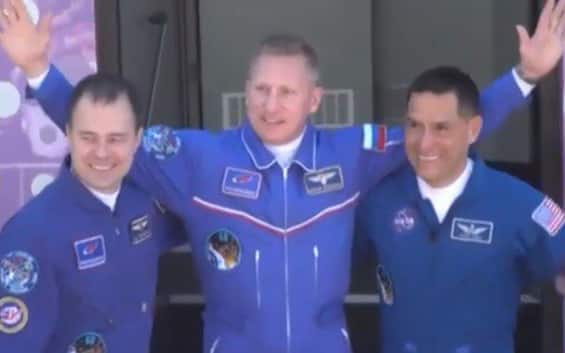 A historic day with the first American astronaut on a Soyuz since the beginning of the war in Ukraine, Francisco Rubio of NASA left together with Sergey Prokopyev and Dmitry Petelin of the Russian space agency Roscosmos. The flight follows the agreement between the two agencies, signed a few months ago to guarantee continuous access to the ISS for both countries. The crew will remain in orbit for about six months. They will thus relieve the members of the Soyuz MS-21 mission, which departed on March 18, which will begin its return journey in about a week.

The three astronauts will board the ISS in the evening

The arrival at the Space Station is expected at 19:11 Italian time and the entry of the three into the Space Station should take place around 21.00. The arrival of the three Soyuz astronauts will temporarily increase the ISS crew members to 10, until the current station commander, Oleg Artemyev, leaves the ISS on September 29 aboard the Soyuz MS-21 spacecraft. together with Denis Matveev and Sergey Korsakov. Immediately before their departure, the command will be transferred to the Italian astronaut of the European Space Agency (ESA) Samantha Cristoforetti, until her return to Earth in a SpaceX Crew Dragon shuttle, with American astronauts Kjell Lindgren, Bob Hines and Jessica Watkins.