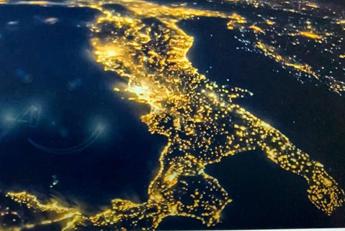 L‘Italian Space Agency look at the new challenges in the space of the 2023 which is about to begin, however, leaving behind an ‘Old Year’ to remember. Events, launches, successful missions, scientific results of international importance and, above all, historic agreements that make “2022 a year to remember” punctuates theAsi. Starting with Ixpe, the first space observatory dedicated to the study of X-ray polarization. Born from the exclusive collaboration between NASA and the Italian Space Agency, on 11 January, a month after its launch, the telescope sees the first light, aiming its telescopes on Cassiopeia A, the first of a long line of sources that Ixpe has studied over the course of this year.

February 1 marks the first liftoff with an Italian cargo: the second CosmoSky-Med second generation satellite reaches orbit aboard a SpaceX Falcon 9 rocket. The constellation for Earth observation of ASI and the Ministry of Defense thus rises to 6 specimens, an ‘upgrade’ that allows even faster revisit times and makes the radar system an even more effective tool in emergency management. Samantha Cristoforetti returns to orbit on April 27 with the Minerva mission. The Italian ESA astronaut spends 170 days on the ISS, she is the first European woman to take a spacewalk and become commander of the ISS, as well as being the first Italian astronaut to fly aboard the SpaceX Dragon crew capsule.

The new ASI program dedicated to nanosatellites has a name and a logo. It’s called Alcor and is presented on 26 May at the Agency’s Rome office. With 20 projects already chosen in the Future Missioni Cubesat tender, ours is among the countries that rides the wave of the small revolution. Destination Moon: on June 16, Asi and NASA signed an agreement for a preliminary study dedicated to the design of future lunar modules, the Lunar Surface Multi-Purpose Habitation (MPH) Module(s) proposed by Asi for the Artemis program. The agreement is signed by the President of ASI, Giorgio Saccoccia and the Administrator of NASA, Bill Nelson.

On 13 July the new ESA Vega-C launcher co-developed in Italy successfully completes its maiden flight. The rocket is an enhanced evolution of the original and will make it possible to deliver into orbit up to 2200 kg of cargo, payloads of different shapes, sizes and weights. Absolute success for perhaps the most experimental mission of the year, Dart, in combination with the Italian satellite LiciaCube. On October 27, the NASA probe hurls itself with the asteroid Dymorphos and manages to divert its trajectory. The only spectator of this world premiere is LiciaCube, an ASI cubesat created by the Italian company Argotec, whose cameras, Leia and Luke, document the impact.

The most anticipated event of 2022 is the lift-off of the first mission of NASA’s new lunar program on November 16. Artemis I successfully accomplishes its objectives: it carries the Orion capsule into retrograde orbit around the Moon and certifies the new US transport system for human flight, ditching on 11 December. On board the ASI ArgoMoon cubesat and lots of Italian technology in the European Service Module.

On 22 and 23 November, the Europe of space sits at the table of the 2022 Ministerial Conference and entrusts ESA with 16.9 billion euros for the next three years, 16.6% more than in the previous three years. Italy, the first contributor to optional programmes, invests 3.083 million euros. December 13 is the turn of the Mtg-1 satellite: lots of Italian technology on board the first European lightning hunter. And, at the end of a year studded with important milestones for Italian space, on 16 December, commemorating the launch of the first San Marco satellite, ASI celebrates the second National Space Day together with institutions, businesses, research and schools: beyond 80 initiatives in the country and 50 in Italian diplomatic offices are sold out.