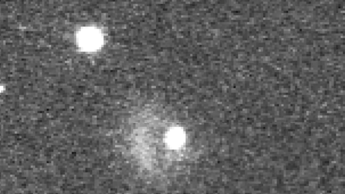 “They are incredible images. We were able to capture at very high resolution the moment of the collision between the Dart probe and the asteroid Dimorphos. They are really beautiful ». To speak, in an interview with the newspaper La Ragione, is David Avino, a computer scientist with a dream in his heart. He founded Argotec, the Turin-based aerospace company that has just achieved the spectacular success of framing the impact of the US probe with Dimorphos with the cameras of its LiciaCube microsatellite. This concentrate of Italian technology, 14 kg in a space equal to a 24-hour suitcase, immortalized the positive outcome of the NASA mission designed to avoid future, catastrophic collisions with asteroids directed to Earth.


David Avino could have done many things in life, but he chose to pursue the infinite spaces that have always attracted man by creating a small, great Italian glory from nothing. Because being chosen by NASA is the consequence of the absolute leadership achieved in the field of microsatellites. A reality capable of successes that shamelessly move the founder: «We have done something incredible. NASA managed to send a probe to crash into the asteroid, but he had everything under control in real time. We made the last adjustment to the satellite at 10 am, regaining control at 4 the next day. In those 18 hours, LiciaCube navigated autonomously guided by artificial intelligence until it identified the target and placed it in the viewfinder of the cameras », he comments for La Ragione.

Avino does not hide his emotion: «Think about it for a moment, the satellite has carried out a series of totally automated maneuvers, managing to fish for the asteroid thousands of kilometers away and keep it constantly in focus, until the moment of impact taken from 50 km. All this traveling at 7 km per second and rotating in order to keep the asteroid stable in the target. We took 600 photos and I shudder because we did something unique in the world that not even NASA has ever attempted. The Americans had assigned us the task of taking a photo, we took 600 of them“.

Space remains one of the last dimensions of romanticism that escaped the prevailing cynicism of our times. Without the idea of ​​the “last frontier” it would not be possible to understand its fascination, linked to study, technology and competition pushed to the highest levels. David Avino’s arms raised to the sky – in the moment LiciaCube was activated by sending the first image of Dimorphos to Turin from 11 million kilometers away – they contain a life of projects and passions: «It is a choice of sacrifice, which leads you in those moments to retrace your whole life. It’s like a penalty kick at the World Cup. If you score you are the hero, if the ball goes out you end up in the eye of the storm. With us it was the same thing: an incredible thrill and emotion. When I saw the first sign, I’m not ashamed to say it, tears fell. And I still get excited, because in those 50 minutes my life passed in front of me, for the choice I made, for the sacrifices of all my collaborators and the people who have followed me over the years ».

This story is not only an extraordinary technical-scientific result of Italian imprint, it is a lesson for our country: when we put aside complaints and propaganda of decadence and focus on our best qualities, we have no rivals. David Avino explains why: «Think what it means to work with NASA, precisely because of the myth of all of us. Even more stimulating when you understand that you have engineers capable of playing with them despite their young age. We have developed amazing algorithms to manage LiciaCube, surprising the Americans. It is a daily challenge to make our collaborators understand that they can compete with the Americans and with everyone. We can also learn and teach a lot ». Argotec looks to deep space, Mars, but also to our home. “We are working on a beautiful Earth observation project in my opinion with a constellation of satellites. By bringing them low, we can increase the possibilities of precision agriculture and sound the alarm in time when there are natural disasters. All of this would be even more beautiful: preventing the consequences of disasters, delivering relief much faster and saving lives. This would make us feel even more shivering ».