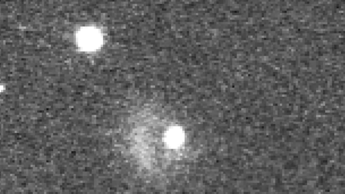 The images released by theHex on the impact of Dart probe of the NASA which, in the early hours of last Tuesday 27 September, at 01:15, successfully hit lasteroid Dimorphos, the small 160-meter moon that orbits the asteroid Didymos. The ESA notes that “about 38 seconds later, the time it takes for light to arrive on Earth, people around the world have witnessed the abrupt termination of direct from the spacecraft, indicating that the impact had occurred as expected. : Dart it no longer existed. ”Astronomers and astronomers on a small slice of the surface of our planet, extending from southern and eastern Africa to the Indian Ocean to the Arabian Peninsula, were able to observe the event live with telescopes.


Among these, still points out the European Space Agency, half a dozen stations have come together for a dedicated observation campaign, organized by the Planetary Defense Office of theHex and coordinated by the team of observers of the Near-Earth Object Coordination Center (Neocc) of theHex. As always, when such a rapid astronomical event occurs, not all stations have obtained satisfactory results: clouds, technical problems and other criticalities always condition the observations in the field.

Despite this, the Agency explains that “some of the stations collaborating with ESA were able to immediately provide direct confirmation of the impact of the Dart probe, like the team from the Les Makes observatory, on the French island of Réunion, in the Indian Ocean. “The sequence of images provided in real time – ESA observes – was extraordinary: the asteroid immediately began to light up at the moment of impact and within a few seconds it was already significantly brighter. In less than a minute, a cloud of ejected material became visible and it was possible to follow it as it drifted east and slowly dissipated. “

The video comes from the observations of the Les Makes Observatory in Réunion and shows in a few seconds what happened in just under half an hour. “Something like this had never been done before, and we didn’t really know what to expect. It was an exciting moment for us when the images arrived,” explains Marco Micheli, astronomer at Neocc of theHex.

Dora Föhring, another Neocc astronomer, notes that “it was the culmination of weeks of discussions, meetings, careful planning and observations by our team, along with local observers and female scientists from all collaborating stations. with us”. “This extraordinary campaign – continues the astronomer – has produced data that our astronomers and our astronomers, together with the entire collaboration Dartwill now begin to analyze to extract valuable scientific information on the effects of the impact. “

With the end of the Dart mission, theHex reports that work begins for astronomers and scientists around the world, and opens a new chapter for the Hera mission of the ESA, which now takes a leading role in the close study of the first deflection test of an asteroid. “The Dart results will prepare us for Hera’s visit to the Didymos binary system to examine the consequences of this impact in a few years,” explains Ian Carnelli, Head of the Hera Mission. “Hera will help us understand what happened to Dimorphos, the first celestial body to have been displaced in a measurable way by man, and ultimately protect us from space rocks that could one day do the same,” concludes Ian Carnelli.