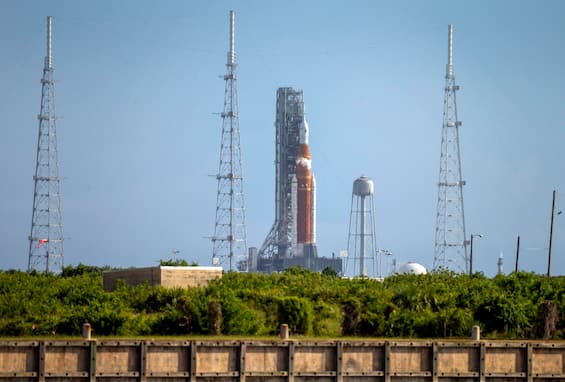 NASA has also decided to cancel the second launch attempt of the Artemis 1 mission, directed to the moon, due to a leak detected during the loading of liquid hydrogen and which, after three attempts, it was not possible to eliminate. The rocket was supposed to leave today around 11:17 am Edt (20.17 Italian time), but the launch director Charlie Blackwell-Thompson has decided to suspend the mission after the contrary opinion of the technicians. The first launch was canceled on August 29th.

“A leak of liquid hydrogen”

The space agency clarified that “the launch director has given up on the Artemis I launch attempt. The teams found a leak of liquid hydrogen while loading the propellant into the central stage of the Space Launch System rocket.” NASA also explained that “the multiple troubleshooting attempts to address the leak area by repositioning a seal in the quick disconnect where liquid hydrogen is injected into the rocket have not solved the problem. Engineers are continuing to investigate. collect additional data “.

The mission that will bring the man back to the moon has already suffered several delays and rescheduling due to technical problems: initially it seemed that one of the four main engines of the rocket was too hot, but it was later discovered that it was only a reading of a ” defective sensor “. Then a leak in the fuel tank had to be repaired. Now another loss, decisive for the cancellation of the second launch attempt of the mission. As Agi reports, the Space Launch System rocket is 98 meters long and has an Orion crew capsule, composed of mannequins equipped with sensors capable of recording vibrations, accelerations and radiation levels. Orion will orbit the moon before landing in the Pacific Ocean. By 2024, Artemis 2 will depart with a crew of astronauts who will orbit the Moon without landing on the surface. The moon landing will come with the third Artemis mission (scheduled for 2025), the first to bring astronauts to the moon since Apollo 17 in December 1972.