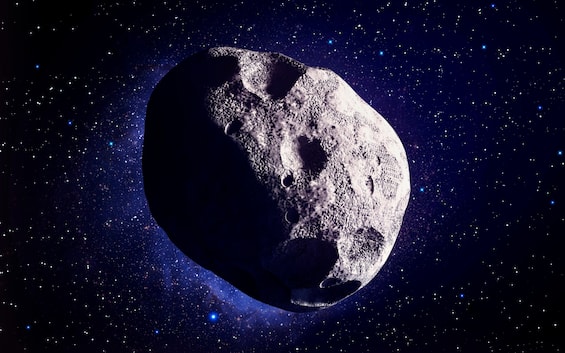 It has been called “2022 AP7” and, due to its size, falls into the category of the so-called “planet killer” asteroids. It is in transit in the orbit of the Earth, in addition to that of Venus, although no possible impact with our planet is reported at least in the short term, and has a diameter between about 1.1 and 2.3 km. Scott Sheppard identified it together with colleagues from the Carnegie Institution for Science in Washington, describing its characteristics in a study published in the “Astronomical Journal”. And explaining that the asteroid, which is part of three “rather large” objects, one of which is “2022 AP7”, is crossing the Earth’s orbit making it a potentially dangerous asteroid. In particular, the largest of this category ever identified in the last eight years, as reported, among others, “Sky News” and “The Guardian”.

The reassurances of the experts

“Any asteroid larger than 1km is considered a planet killer,” Sheppard explained, adding that if such an object hit Earth, the impact would be “devastating to life as we know it,” with dust and substances. pollutants raised into the atmosphere, where they would remain for years. “It would be a mass extinction event like not seen on Earth for millions of years,” said the expert. Having said that, however, the experts wanted to reassure about the nature of the discovery. “At the moment 2022 AP7 has no possibility of hitting the Earth “, Sheppard reported, also noting that there is not yet precise enough information on the orbit it will be able to make in the future. Among other things, according to Sheppard it is reasonable to expect to find” some other planet killer ” 1 km or more in size, always near the Earth, in the next two years through the survey work of experts, who use a super telescope located in Chile. Also Jay Tate, director of the National Near Earth Objects Information Center , he told the Guardian that “at the moment the probability of an impact with the Earth is quite low. I would not say negligible, but quite low “.

The asteroid, which was hiding in the glare of the Sun, travels an orbit that can lead it to less than 7.5 million kilometers from Earth. “2022 AP7 is one of the largest potentially dangerous asteroids discovered in the last eight years: it was first sighted on January 13 thanks to the four-meter Víctor M. Blanco telescope in Chile”, astrophysicist Gianluca Masi also confirmed. , scientific director of the Virtual Telescope. “It is an Apollo-type asteroid”, that is, belonging to that group of 15,000 asteroids that periodically cross the Earth’s orbit.