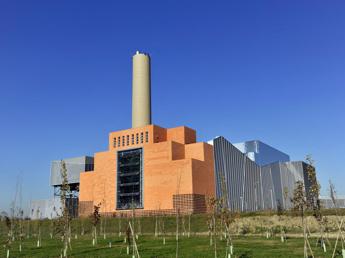 The complaint in the Assoambiente report

The absence on the national territory of an adequate network of installations treatment forces our country to export large quantities of waste coming from industrial activities that are transformed into new ones abroad raw material and in power. A gap that costs the country about 1 billion euro per year. The complaint emerges from the Report ‘Environment, Energy, Work – The centrality of waste from economic activities’, presented by Assoambiente (Association of environmental services companies and circular economy). In 2019 (latest data available for special waste) the production of waste in Italy exceeded 193 million tons, of which 163 million are special (i.e. coming from industrial activities) and about 30 million are urban.


The former represent almost 85% of the total production of waste, more than 5 times that of urban waste, a figure which confirms the strategic importance, also in economic as well as environmental terms, of their adequate treatment in Italy. The Report takes into consideration precisely these wastes, excluding those of the construction and demolition sector, while i special waste deriving from urban treatment, whenever possible, have been highlighted and distinguished from the remaining volumes of industrial waste. Special waste, net of that deriving from the construction sector, in 2019 recorded a production of almost 111 million tons.

Starting from this data, the Report focuses in particular on the waste directly produced by ‘economic activities’, approximately 65 million tons: of these, over 36 million tons (equal to 55%) were produced by manufacturing companies. Analyzing the production data at a regional level, it emerges that the volumes are concentrated mainly in the regions of Northern Italy, due to the high number of productive realities present, the number of inhabitants and the relative plant equipment dedicated to the management of waste produced. . In this special ranking of ‘major producers’ in the lead is Lombardy (with 23 million tons of special waste produced), followed by Veneto (12), Puglia (11), Emilia-Romagna (10), Piedmont (7), Tuscany (7) and Lazio (7).

In addition to municipal waste management, Italy is also a leader in recycling and recovery of special waste. In 2019, 65% of the over 109 million tons of special waste managed was sent for recovery (of material and energy) and the remaining 35% for disposal operations (incineration, landfill, storage for final disposal or other operations such as the chemical-physical treatment). Over 15 million special waste is still destined for landfills, especially in the Center and South, while almost 7 million waste is destined for incineration or energy recovery plants.

Of these, almost 1 million tons is destined for incinerationthe remainder is also managed with plants such as cement factories, private plants for the incineration of production waste and industrial process (e.g. wood), ‘torches’ for the production of electric energy with biogas from rubbish dump or from composting plants. On the national territory there are 11,200 special waste treatment plants, with strong differences between the different areas of the country, regardless of the production data: for example, Puglia with about 11 million tons of special waste produced, has 612 plants, while Veneto, with a production figure of almost 12 million tons of special waste, has 1,190 plants.

Compared to the total of over 11 thousand plants, approximately 58% is concentrated in Northern Italy17% to Center and 25% to South And Islands. About 27 million tons (24% of the total) of special waste were treated in an area other than the region of production. In 2019, over 4 million tons of special waste produced in Italy were transferred abroad, 50% of which were destined for neighboring countries such as Germany, Austria, France, Switzerland and Slovenia. According to the analyzes formulated by Assoambiente, already today there is a plant need exceeding 10 million tons of waste / year and a cumulative requirement in the five years (2021-2025) of approximately 34 million tons.