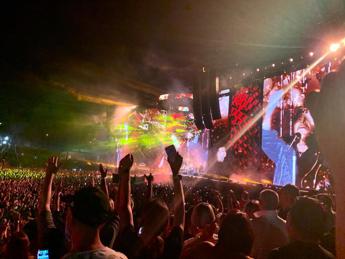 “Over 11 million spectators and 500 million in turnover and already 3 million tickets sold for next summer, there is much to hope for”

“The summer went very well: the year will close with data communicated by Siae up to September, we are talking about over 11 million spectators with 500 million in turnover and related related activities. Therefore, there is an increase compared to 2019 by 40-45%”. Talking to Adnkronos is the president of Assomusica Vincenzo Spera, who analyzes the state of the art on concerts in Italy in light of the post-pandemic recovery and the forced stop of the last two years.

“This figure -Spera underlines- obviously includes the postponed concerts and the new ones, therefore it is a balance to be made over two and a half years”. A situation that seems to illuminate the future of hope. “There is great excitement for next year – reveals the president of Assomusica – so considering all the concerts that have already been put on sale in the last two months, for the summer we already have almost three million tickets sold, and that gives us much hope.” Among the problems that will have to be faced, says Spera, there is certainly “probable crowding”, due, as can be imagined, to the desire for music and public sharing and the restart of the sector.

But not only. “Another big problem – the president of Assomusica points out – is that of managing the workers, who have largely disappeared. And therefore also the structures”. Hence, an appeal by Spera for the sector to the new minister Gennaro Sangiuliano, who just today presented the government’s programmatic guidelines for the Entertainment industry. “We hope that the new government will be able to intervene with measures that will help find workers – it is the hope – and that will also help create training for them”.

In Sangiuliano, ‘there is a lack of workers, the government helps us’

“We ask -Spera sinks- that a definition of the rules established by the law on the entertainment code be reached as soon as possible, where professional figures are first of all recognized, and secondly rules are established that are valid throughout the country, so that we can always find ourselves at the mercy of the moods of the various local administrations”.

As early as 2012, explains the manager, “the concerts sector has always grown by an average of 8%. It is therefore necessary to make policies that look at the medium and long term, without underestimating the importance of this sector which creates on the one hand, it is a major tourist attraction and on the other, it also has major repercussions on the territories where it operates”.