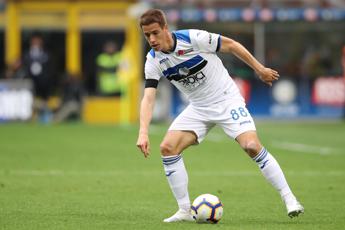 Ligurians ahead 2-0, the nerazzurri recover in the second half

Spezia and Atalanta drew 2-2 in the match valid for the 16th day of Serie A. Atalanta avoided the knockout only in full recovery thanks to Pasalic and started 2023 with a precious point after being at a disadvantage for almost the entire match. Gasperini’s team thus reaches 28 points while Spezia rises to 14.

THE MATCH – Spezia took the lead already in the 8th minute with Gyasi: deep cut by Nzola who frees himself behind the Bergamo defense and serves his teammate in the center who is very good at anticipating Sportiello and bagging the opening goal. The Dea reacted immediately with a cross from the left by Lookman towards the far post, Koopmeiners was unable to push the ball into the goal. On 13 minutes through the ball for Zapata who comes face to face with Zoet, but the goalkeeper slips away. In the momentum the two collide and both remain on the ground.

Violent impact that shortly after forces both to ask for the exchange with Spezia who, after losing Dragowski to injury before the break, must deploy the third goalkeeper Zovko. In the 31st minute Spezia doubles: Bourabia recovers the ball in the midfield circle area and serves Nzola in depth: 30 meters alone with the ball and his left foot that leaves Sportiello no way out for the 2-0. At the end of the first half Palomino’s intervention on Nzola was majestic as he saved the third goal for Spezia by coming out behind the Angolan attacker and with a slide deflecting the shot for a corner.

Spezia still dangerous in the 62nd minute when the 3-0 goal in Ampadu was disallowed: Gyasi’s cross from the left, with two Atalanta defenders colliding. Holm lifts the ball for Ampadu who finishes on the fly beating Sportiello. After a few minutes, the Var signaled offside at the start of Gyasi’s action. In the 77th minute the match changes: Zappacosta serves Hojlund vertically with his back turned towards the Spezia goal: the Danish attacker pivots on Kiwior, turns and finishes on goal crossing with his right foot, folding his hands to Zovko for the 2 -1.

Atalanta pushes and in the 92nd minute they equalize: a series of crosses from the right and left with Koopmeiners who crosses by turning with his left foot towards the far post, where Pasalic comes out and barely touches the ball from two steps away and sends it into the net the 2-2 final.