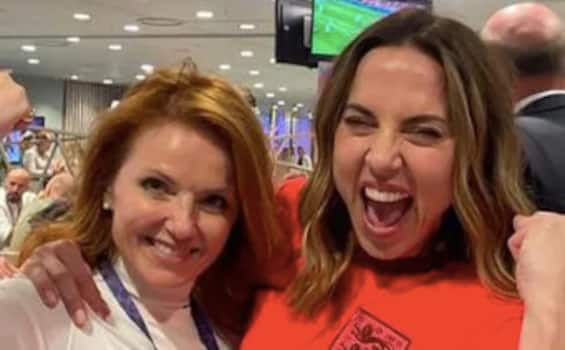 On Sunday 31 July England triumphed in the final of the women’s European Championships by beating Germany 2 to 1 after defeating Sweden in the semifinals, also in the stands of Wembley Geri Halliwell And MyselfL C..

Ginger Spice and Sporty Spice got together to cheer their nation together. In the past few hours, the two pop stars have met again at Wembley Stadium on the occasion of the final of the Europeans. Mel C and Geri Halliwell took the opportunity to take some photos together, which immediately went viral on social media.

Sporty Spice shared a series of photos writing: “What a bliss to watch this iconic moment with my friend Spice Girl, Geri Halliwell. We are more than proud ”.

Ginger Spice (PHOTO) instead shared a snapshot before the match began.

In recent days, another member of the Spice Girls has received great media attention, that is Victoria Beckham. Posh Spice has in fact conquered the social networks with its performance on the notes of the iconic song Stop.