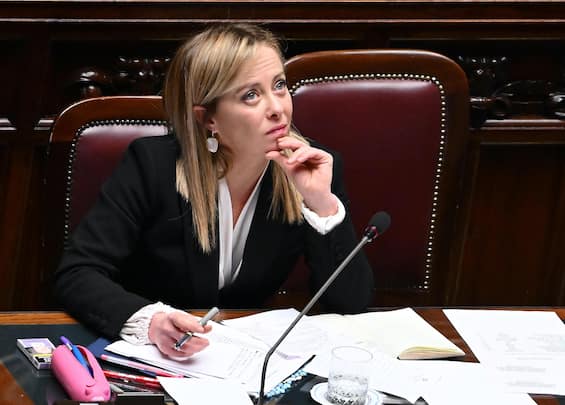 Let’s talk about the possibility of a new executive to appoint trusted people to top positions in the public administration. This was established by the Bassanini law, passed at the end of the 1990s and then revised in particular with the Frattini law of 2002. Managerial positions, such as the heads of ministries or agencies, cease ninety days after the government’s vote of confidence. In the case of the Meloni executive, the deadline expires on January 24th

A deadline and two lunges of weight have put the Spoils system at the center of attention and controversy. Let’s talk about the possibility of a new government to appoint trusted people to top positions in the public administration. This was established by the Bassanini law, passed at the end of the 1990s and then revised in particular with the Frattini law of 2002. Managerial positions, such as the heads of ministries or agencies, cease ninety days after the government’s vote of confidence. In the case of the Meloni executive, the deadline expires on January 24, given that he received the trust at the end of last October.

Some moves were made, immediately sparking criticism from the opposition. The director of the drug agency, AIFA, Nicola Magrini received from the Minister of Health Schillaci the notice that his assignment will expire on 23 January next. In any case, AIFA is undergoing a process of profound reform, which provides for the abolition of the figure of general manager in favor of the role of president when fully operational.

The change in the management of post-earthquake reconstruction in central Italy in 2016-17 does not technically fall within the Bassanini law, but it still made a lot of noise. Giovanni Legnini, former PD parliamentarian and vice president of the CSM expired at the end of 2022. And Palazzo Chigi replaced him with a man of absolute confidence like Guido Castelli, senator of the Brothers of Italy and former mayor of Ascoli Piceno.

But the bulk is yet to come. At stake are about forty armchairs, all decisive junctions for the life of the state machine. Among the most important and at the same time the most discussed ones is that of director general of the Treasury, now headed by Alessandro Rivera, who has been at the MEF for a lifetime and became general at the time of the Conte government, when he was undersecretary to the Prime Minister Giancarlo Giorgetti. Giorgetti’s word will be the decisive one, given that if he depended only on Meloni and FdI Rivera he would have already been replaced. Among the possible successors is the name of Antonino Turicchi, general manager for Finance and privatizations of the MEF since 2016.

Another key role is that of State General Accountant, now covered by Biagio Mazzotta. At the head of the structure that oversees public finance, providing support and verification to the parliament and government with the aim of ensuring the correct planning and rigorous management of public resources. Accounting was roughly brought into play by members of the centre-right in the days of the final rush of the budget law in Parliament. We’ll see if it will be the forewarning of the sack for Mazzotta, who has a shortage of valid names on his side to replace him.

Then there is the chapter on agencies. The bookmakers give Marcello Minenna’s prices a sharp drop, accrediting the farewell from the top management of the Customs and Monopolies Agency. In his place, Benedetto Mineo could arrive, already in the past at the head of the Customs. The fate of Alessandra Dal Verme, director of the State Property Agency, is more uncertain, while Ernesto Ruffini at the Revenue Agency could be confirmed.

We’ll see what happens between now and January 24, but the government appears determined. “We must use the machete against those who have distinguished themselves for their ability to say no and waste time, thundered Defense Minister Guido Crosetto at the end of December, if we don’t send these people away, we will do damage to the country”. And in a few months’ time we will understand how much will change in other entities of absolute importance, even if not technically subject to the Spoils system but directly linked to government choices. Just to name a few: the INPS, where Pasquale Tridico, which expires in May, has a sealed destiny. And then the large subsidiaries such as Enav, Enel, Eni, Leonardo, Poste and Terna. For some time Palazzo Chigi has also put Cassa Depositi e Prestiti under observation, whose top management, however, expires in 2024. Not to mention the state TV, RAI, which has always been hand in glove with politics.

While waiting to find out how the state leadership will change in Meloni’s time, it remains to be seen whether the government will want to put its hand to the very rules that delimit the executive’s power of revocation and choice, following up on what the premier said in the conference year-end press: “We need a profound revision of the Bassanini law, if I have responsibility, I have it for better or for worse. If I am the one who takes responsibility for it, I am also the one who decides”.