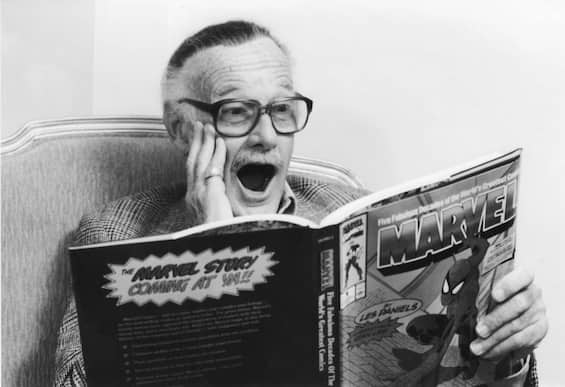 One of the first things that come to mind when talking about Stan Lee are his countless film cameos. The legendary cartoonist often enjoyed appearing in films dedicated to his characters and, precisely some of these brief moments, are at the center of the mini-trailer with which Disney+ announced a documentary dedicated to the Marvel advocate. The film, simply titled Stan Leeis set to land on the Mickey Mouse home streaming service in 2023 (although no one knows exactly when yet).

The father of many superheroes

Stan Lee has had a very long and difficult to replicate career, which began when he was still a minor. He was just a 16-year-old college graduate when he entered the comics industry with a job at the Timely comics. That editorial reality, which will change so much thanks to his contribution, will later become today’s Marvel Comics and will gather under its wing characters such as Spider-Man and the Hulk. The two, along with another superhero lineup that includes names like the Fantastic Four, Iron Man, and Thor, were born at least in part from Lee’s wild imagination. The man with the unmistakable mustache has shaped an entire universe that today lives and thrives even outside the pages in which he was born in the beginning. Such a triumph that he in turn transformed Stan Lee himself into a superhero and an icon of the world of entertainment.

The success of the transpositions of his creatures on the big screen, complete with the birth of the profitable Marvel Cinematic Universe, has certainly made Stan Lee happy who from the beginning pushed to bring Spider-Man and his colleagues to the screens. Not only that, at a certain point the Marvel demiurge had even begun to wish to appear in the first person in the film products of his imagination. Like a modern Hitchcock of the superhero world, Stan Lee has also ended up appearing in many Marvel films over the years, making his appearances famous. His cameos, often funny and all connected to each other, have long been a must-see for millions of fans. Their place in the collective imagination has also been grasped by the authors of the next documentary Stan Lee. In fact, it is no coincidence that, on the day of the cartoonist’s hundredth birthday, it was decided to announce this new product with a small teaser-trailer where several of these “on screen” moments can be seen following one another. Is the new documentary focused precisely on the relationship between Stan Lee and cinema? For now, these are just speculations, but the hope is that we will soon be faced with great new content, capable of making us stick to the screen like Spider-Man to a wall.