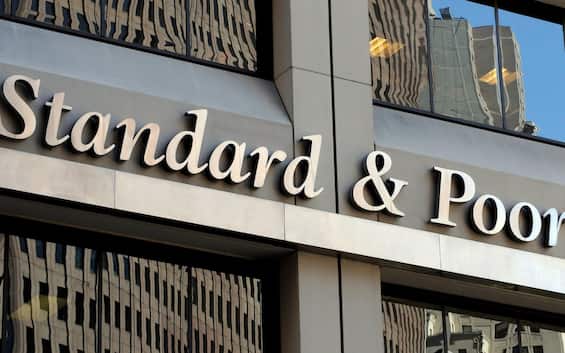 “The high prices will aggravate the question of who should bear this massive financial burden”, reads a report by the rating agency dedicated to European utilities.

S&P estimates that “Europe’s energy bills will exceed its pre-pandemic levels by well over one trillion euros” as a result of the squeeze on Russian gas exports. “The high prices will aggravate the question of who should bear this massive financial burden,” reads a report by the rating agency dedicated to European utilities. The “indefinite” closure of Nord Stream, which S&P considers “permanent” in its baseline scenario, adds pressure on energy companies in relation to prices, gas and electricity supplies and their liquidity.

After a torrid summer, European utilities are preparing to face “an even harsher winter” due to the closure of Nord Stream. “Even though the” pipeline shutdown “reduces winter supplies to Europe by only 2% compared to August’s level of flows, all marginal drops weigh exponentially on market prices, such as Monday’s double-digit increase. confirms “, says Dubois-Pelerin, head of utilities in the EMEA area of ​​S&P. The pressures to resupply and the indication of governments to accumulate reserves “at any cost” to face the Moscow squeeze “are not the only factors that we expect will continue to support the skyrocketing prices of gas and electricity in the coming months”, having to the Old Continent also has to deal with “a scarce water availability in Southern Europe, a low nuclear generation in France, the slow restart of the coal generation and the slowness in moderating private and commercial consumption”. So – “with limited supply options” – the energy balance will depend on the ability “to reduce demand in line with the EU target of 15%”. Regarding the breakdown of the high costs of the energy bill, “governments have intervened with unprecedented measures to support the functioning of the market and specific utilities” but despite this, “the inevitable reform of the gas market is complex and involves many risks for utilities “to which are added those linked to” taxes on extra-profits “for the production of energy disconnected from gas. In any case, for S&P, governments will be “increasingly willing to support the liquidity” of energy companies “in light of the massive collateral” required on the energy markets.