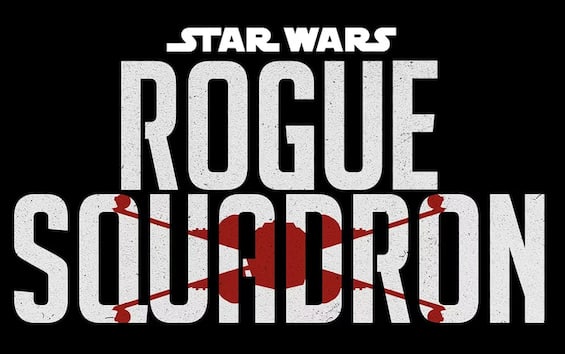 Rogue Squadron was deleted from Disney’s release calendar: the Star Wars which should have been directed by Patty Jenkins will not be released in a year as previously announced, ie December 22, 2023. However, it seems that Lucasfilm is still keeping it on standby, continuing to count it among the titles “in development”. Recall that director Patty Jenkins recently distanced herself from this film.

Rogue Squadron was a highly anticipated title, even more awaited since it would be the first film in the saga of Star Wars to come out on the big screen from the now distant 2019, the year in which it was released The rise of Skywalker.

The postponement of the film had already left the fans perplexed

At the beginning of 2022 the news regarding the postponement of Star Wars Rogue Squadron at a later date it had raised some doubts to the fans.

However in March 2022 the hope of seeing Disney’s film dedicated to Rogue Squadron had turned on again when a fan present at GalaxyCon had tweeted a succulent information: stopping the writer Mike Stackpole to take a selfie with him, the latter would have revealed to the fan that he had been contacted by Patty Jenkins for the development of Rogue Squadron. Although that tweet (which we propose at the end of this article) certainly did not mean that the film had been unlocked, the hope of those who could not wait to enjoy on the big screen Rogue Squadron then she had returned to make several hearts beat.

“It’s not every day that you chat with one of your favorite #StarWars writers,” the fan wrote on Twitter. he assured that Patty Jenkins has been in contact with him from the beginning. #GalaxyCon. ”Unfortunately that tweet was not a premonitory, far from it …

In the meantime, as we all know, Lucasfilm is greatly enhancing the department dedicated to television series, also among the film titles currently in development there would be one that sees Taika Waititi at the helm, as well as one led by Rian Johnson and one that still involves Kevin Feige (although none of these three films have yet been made official).

So removed this Rogue SquadronLucasfilm for now would have as the next film Star Wars announced what should be released on December 19, 2025, followed by another set for December 17, 2027.

Disney has announced the calendar of upcoming film releases, shared on the occasion of the D23 fair.

It will be released on April 21, 2023 Next Goal Winsfollowed by The Haunted Mansion which will arrive on the big screen on 11 August of the same year. Three months later, on November 22, 2023, it will be the turn of Wish.

2024 will instead open with heliumwhose release is scheduled for March 1, while three weeks later it will be the turn of Snow White (which will debut on the big screen on March 22, 2024).
Inside Out 2 will arrive on June 14, also in 2021, while Mufasa: The Lion King is expected on July 5, 2024.
On September 6, 2024, the new Marvel film will arrive, which for now does not yet have an official title.

Below you can see the tweet of the fan who spoke to Mike Stackpole, discovering that Patty Jenkins was in close contact with him to develop the film. In the end we will never see Rogue Squadron at Cinema? To the posters (in the fan room of Star Wars) the arduous sentence.