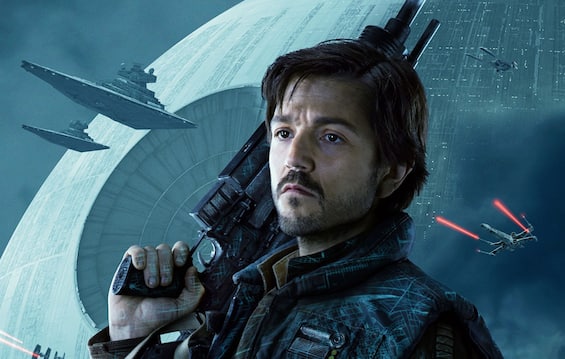 Star Wars: Andor is now available on Disney Plus (also visible on Sky Q and via the app on the Now Smart Stick) and for the occasion the first character posters have been released on the social profiles of the streaming platform, They are two in all and show the main characters of the series. “The rebellion begins”, is the subtitle of the poster. The series, which was released just a few days ago, has already garnered numerous positive reviews from those who have already completed it. Someone is more unbalanced than others and even defines it as “epic”, which gives the measure of the quality of the product, above all because the public of Star Wars he is notoriously picky.

Andor: the opinions of the public

It’s hard to find negative comments about Andorin its first season. Many point out that the new Star Wars series is such a well-structured product and able to stand on an interesting story, that it was not necessary to create epic battles with lightsabers to excite the audience, And there was no need even to use the most recognizable characters from the series, such as the Jedi and Skywalker. The creator of Andor, Tony Gilroyhas been able to create a product capable of subverting the entire historical panorama of Star Wars, also thanks to the secondary plots of the series, which have completed a story that was already complete in itself, however leaving some glimmers open for a possible second season, which can start again from the (few) unresolved ones of the first. The characters, even the secondary ones, of Andor, have been perfectly characterized to enter the hearts of the public, who have shown that they appreciate the production and narrative effort made by the showrunners. As those who have already seen all the episodes underline, underline how the growing climax is particularly pleasant, perfectly framed in a plot with thriller tones, underlined in all the salient moments.

What is there to know about Andor

Star Wars: Andor is the fourth live action in the saga that is set in the increasingly vast universe of Star Wars. It can be considered as the prequel to the spin-off Rogue One. According to the indications that emerge from the series, it was set five years before the events of Rogue Onewhich is the year BBY 5. It is spread over a length of 12 episodes.