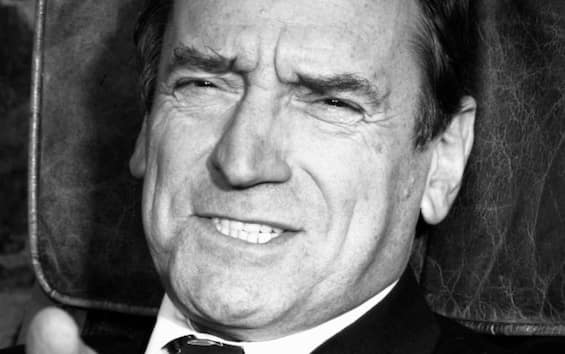 Born in Sawbridgeworth, Hertfordshire, Stephen Greif died aged 78 leaving two children and a wife. The name of the British actor is especially related to The Crown: In the fourth season of the popular TV series he played the Speaker of the House Sir Bernard Weatherill. Well before The CrownGreif had played the evil space commander Travis in Blake’s 7science fiction series from the late seventies (he was the character with the eye patch and the arm with the prosthesis ed.).

“He will be greatly missed and our thoughts are with his family and friends,” wrote his agent Michelle Braidman Associates. The actor has had a long career on stage and TV and has appeared in other series including Doctors, Coronation Street, Tales of the Unexpected and East Enders. After attending the Royal Academy of Dramatic Art he became a member of the National Theater Company at the Old Vic and the South Bank.

The causes of his death, which occurred on December 26, are not clear. “I am very saddened to learn that Stephen Greif has passed away. A rock-solid performer with a deadly liquid voice. When it came to playing bad guys, he was unsurpassed. His wit and obvious intelligence made him a pleasure to work with. Thanks Stephen,” tweeted Barnaby Edwards, director of Doctor Who.

After starring in a number of stage productions in the 1960s and early 1970s, Greif moved into television, playing space commander Travis in the series Blake’s 7 (aired from 1978 to 1981). Here, Greif starred alongside Gareth Thomas, Paul Darrow, Michael Keating and Sally Knyvette. He also played Harry Fenning in three seasons of Citizen SmithCasanova and Commander John Shepherd in Shoot On Sight. He also played Speaker of the House Sir Bernard Weatherill in the fourth series of The Crownin 2020. During his career, he has earned nominations for numerous awards, including an Olivier Award in 1979 for his portrayal of Biff in Death of a Salesman.

Who was Stephen Greif in The Crown?

In the fourth season of The Crown Stephen Greif played Speaker of the House Sir Bernard Weatherill. The Netflix TV series tells the life and public and private history of the English royal family, together with that of the United Kingdom from yesterday to today. The fourth season covered the 80s and 90s, introducing many new characters such as Lady Diana, Margaret Thatcher and Mark Phillip.