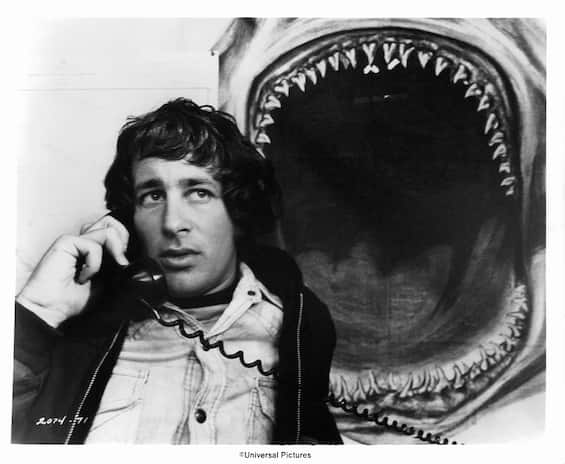 Steven Spielberg in 1975 he was one of the biggest talents in Hollywood, a name on the launching pad after two excellent films such as Duel and Sugarland Express. However, he lacked a popular hit, which only came that same year with The shark, a masterpiece of suspense that took home three Oscars and earned the title of the highest-grossing film in history for the time. A success across the board, which changed the history of cinema but also incidentally the reputation of the sharks. Today, almost half a century later, the director confesses that he feels partly guilty of the collective psychosis that he has unleashed towards sharks and which, alas, could soon lead them even to extinction.

The shark revolutionized the entire film industry, effectively creating the concept of blockbuster as we know it today. He succeeded by playing the whole film (also for budgetary reasons) more on the fear of the threat than on the shark itself, masterfully using elements such as the iconic soundtrack of John Williams to create anxiety in the viewer. In fact The shark Spielberg was a monster that was scary even when it didn’t appear on the screen, it was the epitome of an ancestral terror for what you couldn’t see, a killer whose actions were inexplicable and therefore also difficult to predict. Paradoxically, the mechanism worked so well that it dragged that fear out of the room, transforming the shark into the number one danger of the seas even for those who would presumably never see one. The cinema took advantage of this, so much so that it is estimated that as many as 96% of the films with a shark after 1975 ended up portraying the animal as a heinous (and hungry) antagonist. Steven Spielberg had paved the way for a bevy of imitators, who saw in the shark a threat on which even a decent b-movie could be quickly built. Leaving aside our local attempts at plagiarism bordering on the tragicomic, such as sculpture Cruel Jaws – Cruel jaws Of Bruno Matteiin recent years we have even witnessed real “shark tornadoes” in admittedly trashy films such as Sharknado. To find good sharks we had to look into the world of animation, with works such as Shark Tale or the cartoon of the nineties Street Shark (itself almost an imitation of the Teenage Mutant Ninja Turtles). Such a campaign of media destruction was certainly not in Steven Spielberg’s plans, who now regrets having created a psychosis that has led to considerable damage for these poor animals.

“That’s one of the things I still fear. Not that I’m being eaten by a shark, but that the sharks are somehow angry at me for the mad sports fishing frenzy that happened after 1975,” Spielberg told the BBC. The director said he was sincerely sorry for the damage done to the image of sharks which, after his work, were held up as a constant threat to man and a potential risk to be rooted out. It is useful here instead to remember that the shark is not something to be eliminated from nature and that, probably, its mere existence shouldn’t worry most swimmers. “If we have the opportunity to take children to see sharks in the wild, they will see them in a different light,” explained the marine biologist. Jillian Morris to the National Geographic. “Seeing that sharks behave very differently from the stories they have heard throughout their lives, children are amazed and often form a bond with sharks that they will cherish for a lifetime.” It is certainly risky to call these predators of the sea “man’s best friend” but it is also true, as Morris says, that “there is a lot of misinformation about sharks”. The painting of these animals as killing machines has had dire consequences: according to a study published by the magazine natures, the world population of sharks has decreased by seventy percent since 1970 and the blame would be a real unjustified slaughter. A continuous massacre that reaps numerous victims, so much so that we are now talking about one hundred million specimens killed every year. To the Washington Postthe director of the marine science laboratory at California State University Chris Lowe he did not hide how certain numbers were also influenced by the bad publicity given to sharks starting from 1975: “The shark it was a game changer. It got people thinking negatively about sharks, which made it much easier to hunt them disproportionately.” Poor Steven Spielberg would never have imagined such a drift: he was just looking for an archetype to scare viewers. Today he is the first to be sorry and all that remains is for him to wish a sincere “in the mouth…in the shark’s mouth” to that species that has been mistreated for too long. The shark, for his part, could try to defend himself by quoting Jessica Rabbit and her immortal phrase: “I’m not (so) bad. That’s how they draw me.” Let’s hope it works.