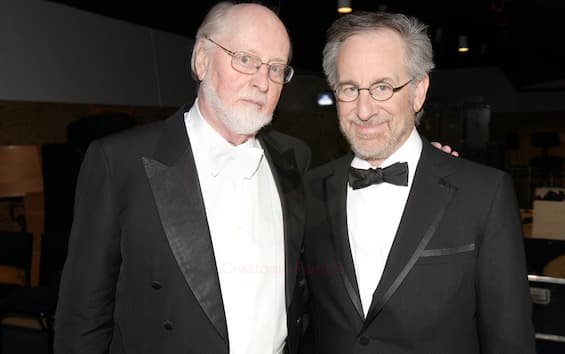 The Master of Soundtracks John Williams90 years old, will star in a documentary produced by Steven Spielberg. As reported by The Hollywood Reporter the project on the composer and conductor, who in more than sixty years has created and animated music for over a hundred films including, among others, the nine episodes of the saga of Star Wars and the first three of Harry Potter and, as part of the more than fifty-year artistic partnership with the award-winning director, the series of Indiana Jones, The shark, Schindler’s List, ET, Jurassic Park and the most recent The Fabelmans (Golden Globe nominee for Best Original Score), will also be produced by Ron Howard And Brian Grazer and directed by the acclaimed documentarian Laurent Bouzereau.

Williams, the most influential composer in the history of film music, began his career in television. Fifty-two times nominee for Oscars, won five times, earned the title of most nominated living person and second most nominated person overall in Academy history after Walt Disney. Furthermore, in 2016, for the first time in history, a composer received the Lifetime Achievement Award from the American Film Institute. Williams’ musical achievements also include the unforgettable melodies he gave to sport for the 1984, 1988 and 1996 Olympic Games and for the 2002 Olympic Winter Games.

A FUTURE STILL TO BE DISCOVERED

Despite his age, Williams still cultivates future projects, starting with the collaboration alongside Spielberg as a producer for the fifth episode of the adventure saga Indiana Jones and the Wheel of Destinydirected by James Mangold. The 90-year-old artist also clarified that it won’t be her last work. “Steven is a lot of things. He is a filmmaker, a producer, a studio manager, a writer, a philanthropist, an educator. One thing he’s not, he’s a man you can say ‘no’ to,” he said at a recent event at the American Cinematheque. “Moreover, you cannot “retire” from music. It’s like breathing. It’s your life. It’s my life. A day without music is a mistake”. Spielberg, who had equated the partnership with Williams to an ideal marriage (“I don’t think we’ve ever disagreed. I mean, what am I supposed to do? Sit down and write the music by myself?”), immediately retorted: “It would be better if I got to work figuring out what the hell to shoot next!”.