The return of Stick Menthe trio led by Tony Levinis a reality dated November 20, 2022, in the Nescafe Theater of the Arts.

The concert is part of an extensive tour in which they present selections from the impressive repertoire of King Crimsonn, more of his own material and of his most recent creations such as Prog NoirY tentacles the most recent EP..

Thus, fans of progressive rock and avant-garde music have an unmissable date with Stick Men, the innovative trio made up of the virtuoso touch-style guitarist Markus Reuter (Robert Fripp’s ward on Guitar Craft) along with the rhythm section composed of bassist and stickist Tony Levin (Peter Gabriel, John Lennon, Paul Simon) and drummer Pat Mastelotto (Mr. Mister, XTC, The Rembrandts) who are an official part of King Crimson since 1981 and 1994, respectively, and that in 2019 it was presented for the first time in Chile, with two concerts.

This formation is an amalgamation of the historical legacy of King Crimson and a firm projection towards the future.

Classic pieces from the catalog of King Crimson they will be part of the repertoire, performed in each case with at least one of the artists who originally helped give rise to these pieces, allowing them to execute the music with integrity, fidelity and interpretive authority. Additionally, the public will be able to enjoy selections taken from the studio albums that Stick Men has produced to date and of creations presented in the form of improvisations.

The last presentation of the iconic band was in 2018 together with David Crosswith a packed Nescafe Theater of the Arts.

Tickets on sale at Ticketeck.cl

*Values ​​do not include service charge.
*Event only with mobility pass enabled, along with identity card. Required for ages 12 and up.
*The use of a mask is mandatory. 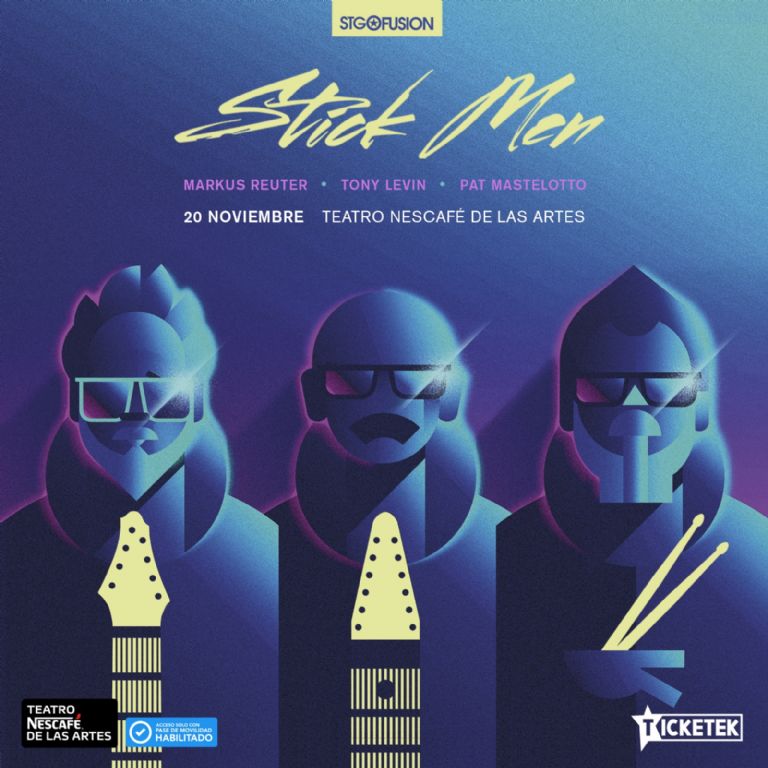