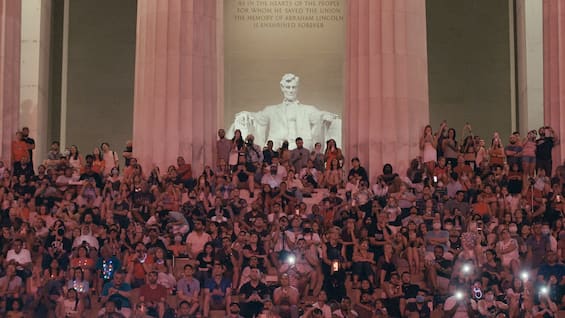 A touching film, sometimes raw, but able to accurately tell what happened in the United States in 2020, when the country was in the middle of the Black Lives Matter revolt and the presidential election. And when, above all, the battle over historical monuments breaks out. A cultural conflict that overwhelms statues of Christopher Columbus, confederates and founding fathers, and questions the relationship between historical memory and political struggle in a country full of contradictions. Here is “Stonebreakers” by Valerio Ciriaci, a docu-film that explores a memorial landscape in transformation and tells of an America called dealing with its past.

“When the wave of the Black Lives Matter protests poured into the streets of major American cities – recalls the director – in New York I had recently paused the production of a documentary on the myth of Christopher Columbus and on the controversies related to celebration of Columbus Day. With the arrival of the pandemic, the topic seemed to have faded into the background, but I had to change my mind immediately, when the first statue of Columbus was pulled down in the midst of the protests for the killing of George Floyd. At that moment I decided to broaden the gaze of the film, not to stop in Colombo and to tackle the knot of American memory in its entirety.

“Stonebreakers Contribution to a Public Debate on the Role of Memory”

“Stonebreakers” is both the testimony of an extraordinary season and a contribution to a public debate on the role of memory and public history. Coming to terms with the past does not mean freezing it inside a monument, but facing it, reopening it for discussion and continuing to update it. I hope that this film will encourage its audience to share this responsibility and to imagine monuments that not only represent armed heroes on horseback imposing themselves from the top of a pedestal, but that express a story of which we are at the same time spectators, interlocutors and leading critics “.