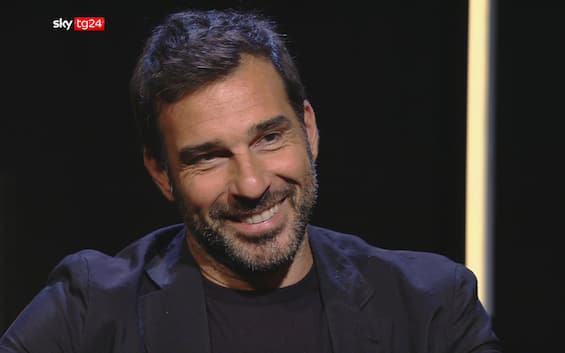 IS Edoardo Leo the protagonist of the new episode of “Stories” (THE SPECIAL)the series of interviews with the main interpreters of the show by Sky TG24. Guest of the Deputy Director of the newspaper Omar Schillacidirected by Roberto Contactsthe actor and director talks about himself in “Edoardo Leo – So normal, so special”on air Monday 7 November at 9 pm on Sky TG24 (in rerun Saturday 12 November at 9 pm and Sunday 13 at 3 pm), on Sky Arte Saturday 12 November at 2 pm and always available On Demand. A new film in the hall and another on the way. And then the love for slowness, the long apprenticeship, curling, the passion for sport, life for the cinema. A special story for those who claim the right to be normal.

Edoardo Leo will be in cinemas from 10 November with “War – The desired war”, by Gianni Zanasi with Miriam Leone, Giuseppe Battiston, Carlotta Natoli and Stefano Fresi for a Pupkin Production, Vision Distribution, Éloïse Film production, in collaboration with Sky. A film that tells the approach of a mad European war. “In reality we do not show the war that is coming but how the expectation of this conflict can change the destiny not only of the country but also the personal, psychological and people’s destinies. All the protagonists of this story begin to ask themselves: but if a war really came, then the possibility that everything could end, life as it is conceived could end, what would I do? What have I left behind? What regrets do I have? What is it that I didn’t have the courage to do? ”. The film was written in the spring of 2019, so well before the war between Russia and Ukraine. “The extraordinary thing is that they asked the director Gianni Zanasi if he was a seer and he replied: “I don’t foresee the future, it’s the future that is going backwards”. And it is somehow the symbol of a regression. We are going back with the daily events ”.

The 40-minute chat outlines the traits of the actor and director retracing some of the fundamental stages of his life and career. Starting right from his roots, when as a child he lived in “A not too peripheral district of Rome, Montesacro. I went to school there. In a very normal family of employees, with a widowed grandmother who lived with us, which was a fairly important point of reference for me. And therefore everything that should not lead to doing this job. Let’s say a normality that I really appreciate and that sometimes makes me think I don’t have such an extraordinary biography. Sometimes it seems a little boring to me“. But then we pass from “Criminal Novel” (Stefano Sollima had a very nice relationship with me and with Marco Giallini and therefore he asked us in some way to participate in the series. I did it with great pleasure because he is a director I respect and because in any case, in hindsight, I am very happy to have participated in a series that somehow changed the destiny of Italian series.“) His directorial debut with” Eighteen years later “(For years I have been looking for a director to shoot this story that I wrote with my brotherly friend Marco Bonini, but we were not two required cinematographic faces. It was an incredible experience because I made that film out of frustration. We looked for a director and nobody wanted to do it. In the end I did and that little film changed my life a bit, it won more than 50 festivals around the world). Then “La mossa del pinguino” directed by Claudio Amendola and the love for sport and carling: “Beautiful adventure. Even today I happen to find people of all ages who have known the Carling through our film“.

And then “I can stop when I want”: “Gassman, in his extraordinary autobiography which was called “A great future behind his back”, says ‘At the end of an actor’s entire career there are three titles’. Well, I don’t know what my other two will be, but I’m sure one will be “I can stop when I want” ”. Up to “perfect strangers”: “They do it in theaters all over the world. It has now become a little classic, but we would never have imagined it“. A very long and successful career despite “I had some disappointments, even heavy ones, many years ago, I was kicked out of a television series because they told me that I was not up to the role, I felt bad. I also thought about quitting. But then, slowly, the second part of my professional life gave me very, very happy moments“, he said.

And if he hadn’t been an actor he would have wanted to do “The teacher, I like the idea of ​​teaching literature. I am passionate about poetry, novels, literature at 360 degrees“. And then his “love” for slowness: “I am one who says he likes slowness because it is slow. I had to justify it somehow and give it a dignified sense. But in reality the slowness does not mean that I am not working fast it is that I am thinking many things. Then when I make them I take less time than others, because I have been mulling over them a lot ”.

Upcoming projects include “I’m Not Who I Am” which he started writing 15 years ago and a film due out on New Year’s Eve: “It’s a very special thing that will come out on the first of the year. It is a film made up of four episodes and the second from four other episodes. The provisional title is “The commanded holidays” because it speaks of the commanded holidays, that is, the titles of these episodes are: Christmas, New Year’s Day, Valentine’s Day, Women’s Day, May 1st, August 15th, Halloween, Christmas Eve. It is something I did together with Massimiliano Bruno, that is, I direct 4 episodes, 4 he directs them“. And the documentary on Gigi Proietti: “My big gripe is that he couldn’t see it finished. Every night I see an empty chair in the stalls and I always hope he is there to look at himself and realize how much he has done us all good“.