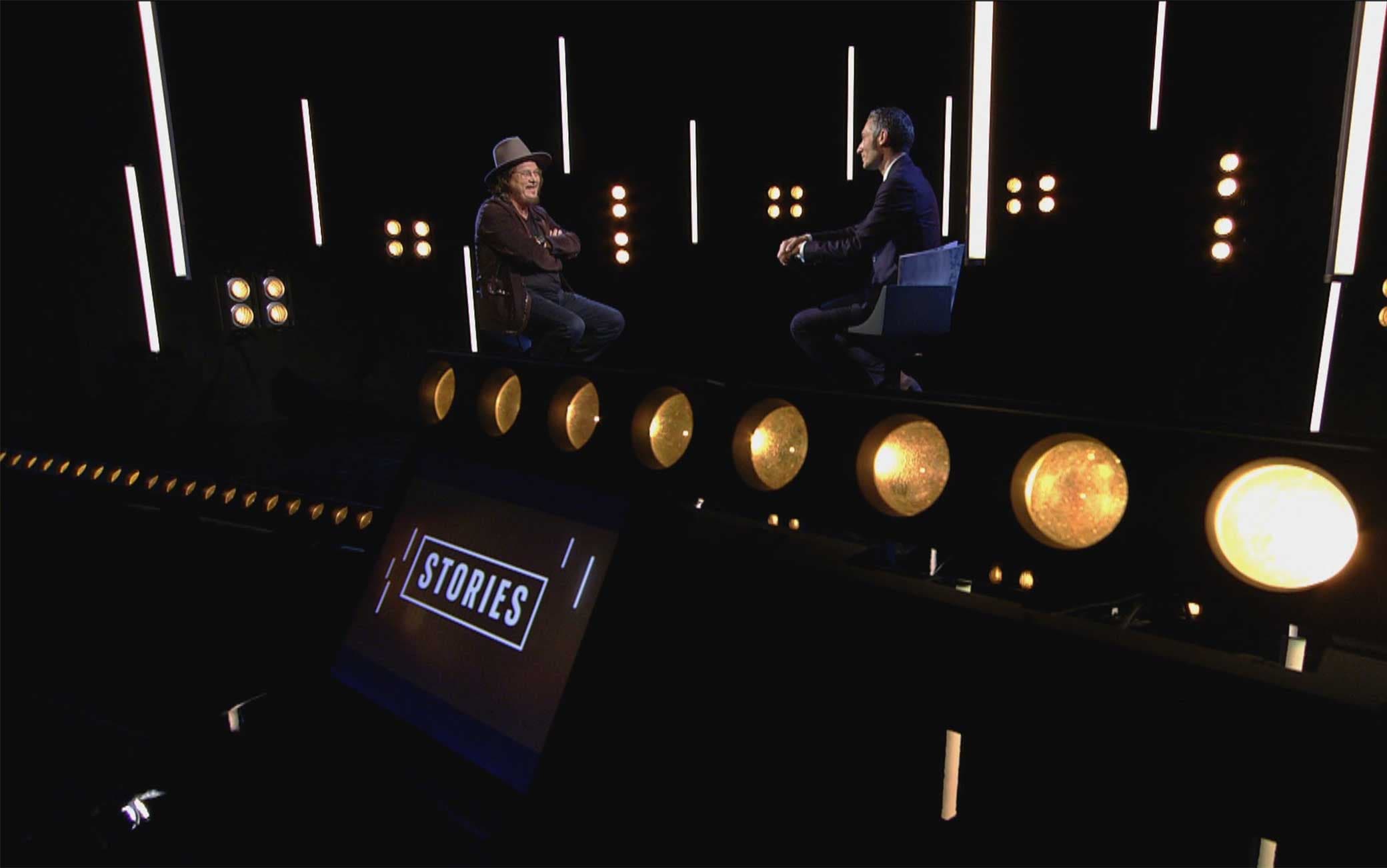 It is Adelmo Fornaciari, aka Sugar, the protagonist of the new episode of “Stories”, the series of interviews with the main interpreters of the show by Sky TG24. Guest of the Deputy Director of the newspaper Omar Schillaci, the Emilian singer-songwriter and musician talks about himself in “Zucchero Sugar Fornaciari – A blues is not enough for me”, on air Monday 22 November at 9 pm on Sky TG24, Saturday 27 at 1.40 pm on Sky Arte it is always available On Demand. Directed by Francesco Venuto, the interview, accompanied by some of his greatest successes, is an alternation of reflections and anecdotes from professional life (“I started out as an author. Yes, I sang in the band we used to play around with, in dance halls, but I didn’t like it on record. They said that I did not represent bel canto, that my voice was not very Italian and that the blues would never work in our country. So, since I couldn’t find a record deal for myself, I tried to place my songs for others, even though in eight years I only managed to place two.“) And private (“in elementary school the teacher said that I was very calm and disciplined, I didn’t make a mess like my classmates. It was she, and the others teased me about it, who started branding me with ‘sugary’. Then, however, in middle and high school I became an anarchist, who led the strikes and student struggles“) Of one of the most loved and appreciated Italian voices at home and abroad.

Right in these hours, two years after the last unreleased album, the first cover album of the career of Sugar ‘Sugar‘ Fornaciari: ‘Discover‘. A work that sees the collaboration of great artists such as Bono, Elisa, Mahmood, and an intense virtual duet with Fabrizio De André on the notes of ‘I saw Nina fly’, for which the artist must thank Dori Ghezzi who, on the occasion of the tribute to Faber himself in 2000, “told me to do this song. However, when I decided to put her on ‘Discover’, I asked her to also have Fabrizio’s original voice, to have a warm wind that would push me. A memory, almost like a tribute. When I edited it, along with the arrangement and the music, it really excited me, so I put it in“.

The release of the album has been anticipated on the radio, in recent weeks, by the single ‘Follow you follow me’, an engaging reinterpretation of one of the first great worldwide hits of Genesis, a British rock group that has always been an integral part of the musical background of sugar. They started playing their songs ‘Sugar’ at the dawn of their career, when there were no clubs yet, with his band not necessarily having to “make people dance. We had the function of the attraction, even without having a famous name. We played our hour and a half, but on those occasions we could play what we liked and not the manager of the club, we were free. And then we did heavy, complicated stuff, like Genesis, in fact, or Pink Floyd“.

First record made in 1981 and fifty years of career, rounding up. Zucchero played from a very young age, first for pleasure and then for necessity when, “in order to earn the loaf“, He abandoned his veterinary studies and began to perform on the premises:”rather it hurt me to have to make a decision, either one or the other. But I would say thanks to Adelmo, he made a forced choice but it went well“. A failed veterinarian, therefore, is a choice that turned out to be a winner in retrospect.

He has played in 69 states, for a total of 128 cities. It is difficult to remember all the concerts and live shows, many of which moved him in a particular way. But if there is one that Zucchero brings inside it is the concert in Havana, “with eighty thousand people, and a mixed band, made up of mine and many Cubans. It was a very nice experience to see all those people dancing. They are a fantastic people, very warm. I’ll remember it for a while“. ‘Sugar’, by the way, believes the dance is a “Bit like music“, A fantastic form of art in which there is everything,”sensuality, happiness, madness, melancholy. I have always enjoyed seeing people dance, ever since I was playing in clubs, seeing them happy. I did everything, even playing songs that allowed them to have more fun, to let off steam. I chose this job for that too“, Also driven by another, different, artistic motivation, or”more chances of catching girls“.

Recognized as one of the main exponents of the blues in Italy, in the interview Zucchero recalls having felt the call of this musical genre when he had “about 11 years, thanks to a jukebox. My parents had moved to Versilia, and there was a bar where they went to play pool, table football. I, on the other hand, was there, at the jukebox, and heard for the first time ‘(Sittin’ on) the Dock of the Bay ‘by Otis Redding: I was struck, in the sense that the sensuality, the rhythm, the sounds, and the way to interpret and sing so rhythmically, despite being a ballad, they had taken me. I thought ‘I would like to make this music here’, and I was already strumming a bit with the keyboards“. And maybe thanks to the keyboard, that of the organ he had learned to play in church as a kid, that a gospel aesthetic has accompanied ‘Sugar’ throughout his career? “I think yes – he answered -. Even now I am very attracted to churches, the empty ones, as something to enter and concentrate for a moment to think. However, despite myself, I am still not a believer. I’m working on it, I’m open and I hope the day will come, also because you never know. And somehow I even wrote it in a song, ‘I’m looking for you’“.

In closing, an almost amusing dichotomy is proposed: ‘do you like getting old / would you go back to your twenties?’. Zucchero doesn’t seem to like the first part very much, due to the “physical aging when the brain, on the other hand, goes in the opposite direction. I was more responsible and loyal when I was younger, because I had to look after the family, while now that I did a little bit of things, I lived a little bit of life.“, And no longer having to worry about taking the loaf home,”I want to have more fun“, Even if he would return to his twenties, but only for a short time, we say”a few years. These weren’t easy years“.