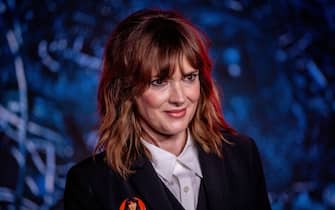 Among the protagonists of Stranger Things 4, available from Friday 27 May on Netflix (also visible on Sky Q and via the app on Now Smart Stick) is the inevitable Winona Ryder in the role of Joyce Byers, mother of Will and Jonathan

WATCH THE VIDEO: Stranger Things 4, the final trailer of Volume 1

David Harbor plays Jim Hopper, Hawkins Police Chief. In the fourth season everyone will believe him dead but he turns out to be in a prison in Russia, forced into forced labor

Stranger Things 4: what you need to know about the new season of the tv series

Finn Wolfhard aka Mike Wheeler, Nancy’s younger brother and Holly’s older brother. The boy, now a teenager, is in a relationship with Eleven

Millie Bobby Brown plays Eleven, a girl with mysterious paranormal powers. After being adopted by Hopper, she will move in with Joyce and her family in season four

Millie Bobby Brown: how the Stranger Things actress has changed

Caleb McLaughlin aka Lucas Sinclair, another great friend of Mike and Will. He is having an affair with Max

Stranger Things: David Harbor has known the ending for years

Noah Schnapp plays Will Byers, another member of the group of friends, marked by the period spent in the Upside Down

Stranger Things 4, the poster of the series

Sadie Sink aka Max, nicknamed “Mad Max”, is a girl with a complicated past who has joined a group of friends and is in a relationship with Lucas

Natalia Dyer plays Nancy Wheeler, Mike and Holly’s older sister. After a short romance with Steve, she got engaged to Jonathan

Brett Gelman returns as Murray Bauman, a conspiracy theorist with a past as a journalist