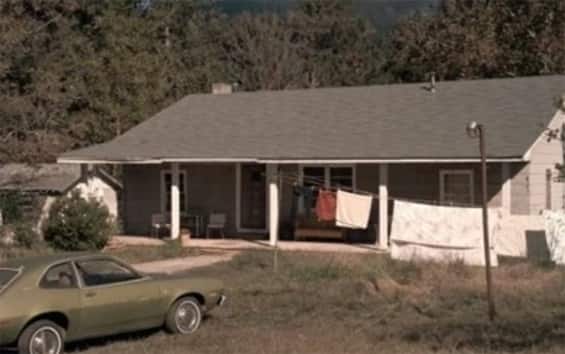 It was placed on the real estate market one of the most famous houses of recent years, linked to the highly successful series Stranger Things. A few days ago, in fact, the advertisement for the sale of the house that is in the TV series appeared inhabited by the Byers. Numerous dynamics of the tale take place here and for fans of Stranger Things it would certainly be an emotion to live where stories are born and intertwine. The price? High but not prohibitive, considering the prices of the American real estate market.

To note the announcement of the sale of the house of the Byers was the Exp Realty website, which also provided the coordinates of the villa, which would be located in the town of Fayetteville in Georgia, a pleasant place away from the main big cities but characteristic and picturesque for those who love the atmosphere of the American province. It is certainly not a historic house, having been built in 1990 but it has a large extension. The covered area measures 170 square meters but is part of a property that has an extension of about 2.4 hectares. By American standards it can be considered a real ranch, which inside the building has three bedrooms and two bathrooms. The selling price is 300 thousand dollars, an honest figure considering its size and the history behind it, even if the owner was keen to specify that the property requires some maintenance which, therefore, could raise the final and final cost of the investment real estate. However, there is talk of a purchase in the future which, if well exploited, could provide an important advantage to its new owner, precisely because the house was the protagonist of one of the most successful series of the last 10 years and which has fans all over the world.

Real estate investing: fans from all over the world

The announcement reads that the house can be an attractive solution for those looking for a property to be used Airbnb. Once renovated, in fact, the ranch can become an unmissable destination for fans from all over the world who go in search of the favorite places of their TV series. Especially in America, this is a thriving and ever-expanding market and seen the success of Stranger Things, there are thousands of people who yearn to visit, and perhaps sleep, in one of the key locations of the series. “Since the show aired, fans have traveled far and wide, almost every day, just to drop by and take a picture. So much so that the owners had to erect a barricade in the driveway and put up ‘Private Property’ signs just to keep people from trespassing, so it goes without saying that the house gets a lot of attentions“, Reads the sale advertisement.