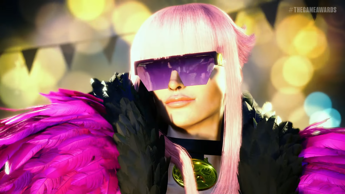 At The Game Awards 2022, new details of Street Fighter 6 were revealed, and above all its worldwide release date, scheduled for PC and consoles on June 2, 2023. All those who pre-order will receive alternative colors for Chun-Li , Jamie, Manon, Dee Jay, Juri and Ken’s Outfit 1, while those who pre-order digitally for PlayStation 5 and PlayStation 4 will also receive exclusive items such as 18 in-game Special Titles and 18 stickers with graphics from the launch roster to personalize your own profile. The three editions available for pre-order starting today are: Standard Edition (Physical/Digital), which includes the base game, Fighting Ground, World Tour, Battle Hub, and the 18-character launch roster; Deluxe Edition (Digital), which includes the base game and the Year 1 Character Pass (containing four characters), Costume 1 colors 3-10 for each of those Year 1 Pass characters, and a bonus 4,200 Drive Ticket for the in-game purchases; the Ultimate Edition (Digital, which includes the base game and the Year 1 Ultimate Pass, which contains content from the Year 1 Character Pass, two additional costumes and their alternate colors for the four Year 1 characters, two more stages, and a bonus of 7,700 Drive Tickets.

Later, new details were revealed about the new World Tour mode, which will include different in-game locations such as a beach in Jamaica, an arena in Italy, a festival in France and more as you travel the world learning Special Moves from Masters. Our avatar can throw a Hadoken or Sonic Boom, perform a Spinning Bird Kick and perform a Yoga Flame, all in the same match as long as different inputs are used. World Tour also introduces Master Assist, which allows players to fight alongside a Master like Ryu by calling him into battle as an aid for a period of time, a useful tool when facing more than one opponent. New characters were also shown: the classic Dee Jay and three new ones: Manon, Marisa and JP.