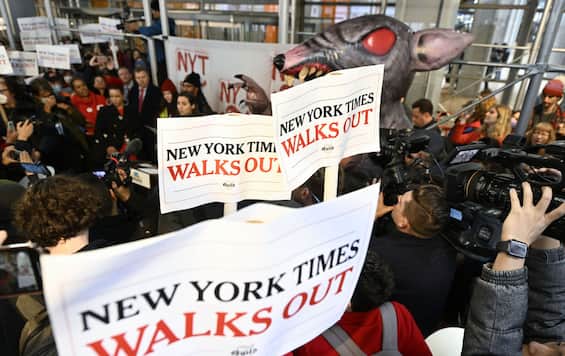 Reporters, editors, photographers and other employees staged a rally outside the New York Times offices. It is the first strike in 40 years for the paper. About 1,100 workers folded their arms for 24 hours to demand substantial increases, amid inflation and rising costs of living in New York. “We’re here because each of us deserves to earn a decent wage and receive the benefits we deserve,” said one employee.

The shutdown was called until midnight today (US time) after wage and collective bargaining negotiations failed over management’s refusal to significantly raise wages by nearly two years. Hundreds of people of all ages and statuses gathered yesterday afternoon in front of the gigantic headquarters of the New York Times Company, in western Manhattan, in an atmosphere of protest and celebration. The newspaper relied on international staff and other non-union journalists to deliver content to its more than 9 million subscribers in the United States and other countries. The last strike that stopped the publication of the newspaper dates back to 1978 and lasted 88 days.