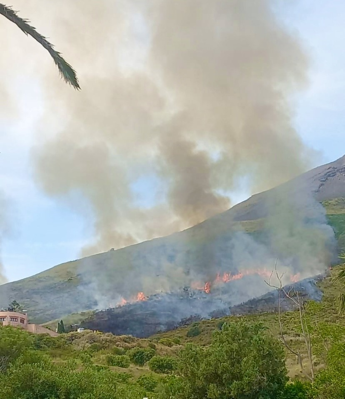 “We are carrying out an investigation that will not stop on the surface. The closing times of the investigation will not be very short, but obviously they will be compatible with the deadlines for closing the investigation”. Speaking with Adnkronos is Giuseppe Adornato, the acting prosecutor of Barcellona Pozzo di Gotto, who coordinates the investigation into the fire that broke out on May 25 in Stromboli. There are twelve notices of guarantee issued by the Barcelona Public Prosecutor, “as a due deed, to guarantee the same suspects” to “be able to carry out a series of investigations”. “We are verifying what the responsibilities are – explains the Barcelona Public Prosecutor – I am not only talking about who lit the fire but we are trying to understand if someone has violated the directive or felt authorized to do so. In short, ours is an investigation to 360 degrees…”.


The magistrates have also relied on some consultants. And they have acquired numerous documents. In short, it will be a long investigation, as procurator Adornato announces. “No, it’s not over yet. We don’t stop on the surface.” Therefore the closing times are not short. “No, they will not close in a few words. We will ascertain everything that needs to be ascertained to clarify what happened both in May and in August”, after the water bomb that created further inconvenience to the population of Stromboli.

The fire broke out in the night between 25 and 26 May last on the set of a fiction produced by the company “11 Marzo Produzione Film”, starring Ambra Angiolini. That night over 5 hectares of Mediterranean scrub went up in smoke. Then, in August, the island was hit by a violent water bomb that caused mud and debris to arrive which, precisely because of the fire that had cleared the mountain, engulfed Stromboli, destroying houses and shops.

The measures, issued by the prosecutor Adornato and the deputy prosecutor Carlo Bray, concern, among others, the representatives of the two Roman companies appointed by Rai, the firefighters, the mayor of Lipari and 6 of the 7 Aeolian Islands, including precisely Stromboli, Riccardo Gullo, a municipal manager and the former mayor Marco Giorgianni. Who, interviewed by Adnkronos, said: “I am absolutely serene about the acts that had to be done in the capacity of mayor to protect the territory”. The crime against the former mayor would be omission. After that devastating fire Giorgianni asked for the recognition of the state of calamity for the island and set up a technical office to evaluate the necessary and urgent interventions. On June 12, the municipal elections handed the victory and the band of mayor to the current mayor Riccardo Gullo.

“We will see what I am contested but I am absolutely serene about the behavior I have taken to protect the territory – says Giorgianni -. If what I am contested were to be the authorization for the fire, I would be even more calm because, as I have said several times , I have never authorized the lighting of fires, on the contrary I have forbidden it with a specific ordinance “.

An inhabitant ‘finally something is moving, shed full light on what happened’

Last week the reclamation works began at the Spiaggia Lunga di Stromboli, where garbage and debris dumped into the sea in recent years will be recovered. The citizens of Stromboli, meanwhile, await the results of the investigation. “Finally something is moving even if it will be a very long journey with many obstacles – Gianluca Giuffrè, who lives in Ginostra, tells Adnkronos – I expect that full light will be shed on the events that have taken place. This is due to the island and its people. Too much damage and too much fear even today with every rain “. (by Elvira Terranova)