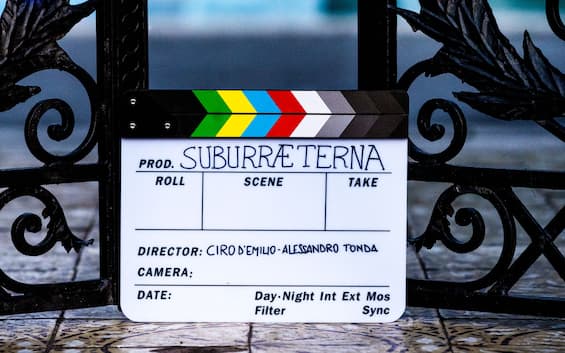 Netflix surprise announcement for the launch of Suburræterna, a spin-off of Suburra, one of the most successful Italian TV series of recent years. It was clear already in recent months Netflix’s intention to expand the universe of Suburra, on a strong push from the fans of the series, who have grown exponentially over the course of the series. Now in its third installment, Suburra now has its spin-off in Suburræterna, set after the events of the third season of the parent series. The stories told are always inserted in the Roman context, which is what contributed to the success of the story, based on the novel of the same name written by Giancarlo De Cataldo and Carlo Bonini.

In these days the first days of filming in the capital have been made for Suburræterna, Ezio Abbate and Fabrizio Bettelli, Camilla Buizza, Marco Sani, Andrea Nobile and Giulia Forgione. The story is original and takes shape on a different narrative level than Suburra, just to begin the expansion of the series in other directions. For this reason, the characters and their interpreters will also change, at least in part. They will be in everything eight episodes, which however will have different signatures. In fact, the first four will be directed by Ciro D’Emilio while the last four will be directed by Alessandro Tonda. The first episode will be called “Fireworks”, as revealed by the cover of the screenplay photographed and posted on the Netflix social profiles for the announcement of the start of filming. “Spadino, Cinaglia, Angelica and Nadia are about to return. Filming has begun on SUBURRA ETERNA, a new project that expands the universe of Suburra and comes to life after the events of the last season. Coming to Netflix in 2023, ”Netflix writes. There is no mention of the character of Alessandro Borghi, who will probably be one of those absent in the spin-off.

The production has already released the synopsis of the series, which promises great surprises and twists in its development, capable of capturing attention as did the mother series. “The government is in danger of falling, the Vatican is in crisis and the squares of the city are literally set on fire. In the middle world Cinaglia tried to collect the legacy of Samurai and, together with Badali, he continues to manage the criminal affairs of the city ”, reads the synopsis. A beginning that is linked to the end of the third season but which in its continuation foresees some twists: “But there are those who no longer accept this system. New protagonists will take the field, upsetting the balances of Rome: thus begins a revolution which, from the Church to the Campidoglio and to the beaches of Ostia, expands rapidly to erase all that represents the past ”.