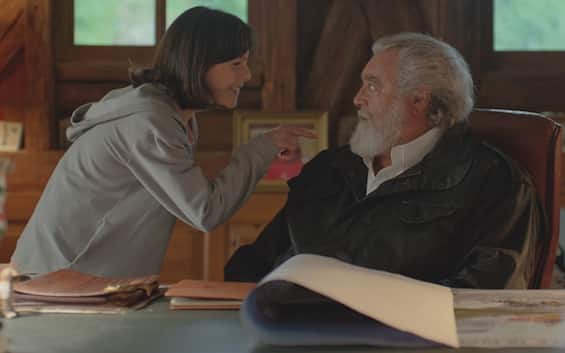 Not the usual cinepanettone. Francesco Patierno conducts Suddenly Christmas, a comedy wrapped in the magic of the holidays which will be available from 1 December in streaming on Prime Video (also visible on Sky Q and via the app on the Now Smart Stick). Diego Abatantuono, Violante Placido, Michele Foresta, Antonio Catania, Anna Galiena, Lodo Guenzi, Nino Frassica, Gloria Guida and the very young Sara Ciocca make up the choral cast that finds itself experiencing Christmas on August 15th for “family reasons”.

Suddenly Christmas: the plot of the movie

Chiara loves Christmas and always spends it in her grandfather Lorenzo’s charming mountain hotel. This year, however, her parents, Alberta and Giacomo, have decided to get in the car under the hot August sun, for an off-season visit to their grandfather, because they need him to tell Chiara the bitter news that their marriage ended and they decided to separate. Perhaps the little one would suffer less if she knew how things are from the “grandfather” with whom she has an accomplice and affectionate relationship. The latter already has something serious to think about: he risks having to sell his beloved hotel to the Chinese. But the granddaughter’s serenity comes first and the seemingly crazy idea of ​​celebrating Christmas on August 15th seems like a first step to sweeten the pill and make her face family problems in the right way.

The marvelous Dolomites are the backdrop to Patierno’s film which talks about the family, through a generational confrontation and brilliant dialogues that alternate a biting irony with sincere reflections, with an open heart. Christmas is a pretext to warm up the atmosphere and underline the feelings that come into play in a parent-child relationship, in a marriage in crisis, and in a deep and disinterested grandfather-grandson bond. On the one hand there are adults full of problems and theories on how to deal with them and find balance, and on the other children, intelligent and organized, who come together to find solutions and put things back in their place. The film is wrapped in modern and welcoming photography that takes advantage of the postcard landscape that has been chosen as the main location.

The family: joys and sorrows

Suddenly Christmas he chooses light tones for a film intended for families. It delivers hearty laughs, but also heartwarming moments and the entire cast is perfectly in part. Sara Ciocca is a true revelation and offers a natural and intense interpretation with expressiveness and charisma. Abatantuono, Nino Frassica and Michele Foresta are responsible for the most exhilarating scenes in the film with punctual and witty repartee. And the many voluntary references to horror cinema such as Shining they are absolutely unmissable and inserted consciously within the screenplay. In short, Patierno’s film does not in the least make us regret the adventures of Boldi and De Sica that crowded theaters during the Christmas period, but rather paddles in the direction of a new Italian Christmas cinema that has something interesting to tell and does it with style, respect, fun and humanity.