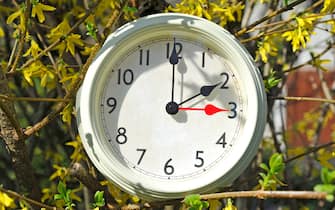 While the energy saving plan of the Minister of Ecological Transition Cingolani is taking shape, there are those who propose not to return to solar time. According to Sima, the Italian Society of Environmental Medicine, the measure “would make it possible to gain an hour of solar light and heat per day and would result in savings in energy consumption in Italy that can be estimated at around 1 billion euros in the first two years alone”. it would be a cut in climate-altering emissions for a total of 200,000 tons of CO2 per year

In view of winter, we discuss the measures to be taken to try to save energy and combat expensive bills of electricity and gas for families and businesses. In this regard, after the cuts resulting from the Russian war in Ukraine, the Minister of Ecological Transition Roberto Cingolani is working with the technicians on an energy saving plan which it will be advisable to follow from October. And while the plan takes shape, other proposals arrive from many sides. For example, there are those who propose to keep daylight saving time all year round

WATCH THE VIDEO: Energy, radiators down one degree and turned on an hour less