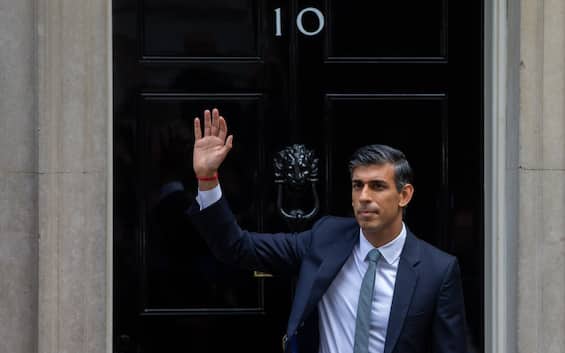 Rishi Sunak (WHO IS THE NEW UK PREMIER), designated as prime minister with the appointment as leader of the Conservative Party to replace Liz Truss, delivered his debut address in Downing Street. The first premier of Asian origins in the history of England has set two main objectives: to recover the “confidence” of the British and to restore stability to the economy, after weeks of panic on the markets and the collapse of the pound.

Sunak in his speech quoted Truss, whom he called “tireless”. He also stressed that his former challenger’s “growth” goals in the September Tory “primary” framework were noble. “But mistakes have been made”, the new prime minister said, who also reassured that he will remedy. Sunak summarized his priorities as follows: “A stronger health service, better schools, safer roads, the control of our borders, the protection of our environment, the support of our armed forces and the construction of an economy that captures the Brexit opportunities, in which companies invest, innovate and create jobs ”. He also warned: “It will be necessary to make difficult choices” due to the “profound economic crisis” the country is experiencing and triggered by the ultra-liberal maneuver announced on 23 September by Truss. Sunak has also guaranteed that he will defend the English people with the same spirit adopted during the pandemic, a very delicate phase in which he had held the position of Chancellor of the Exchequer in the framework of the second Johnson government.

This morning Sunak was received at Buckingham Palace where he met King Charles as head of state. Two separate talks were held with the King between the outgoing premier and the incoming premier. Sunak entered his full duties today. The next step was the formation of the team which took place against the backdrop of strong divisions within the Conservative party. The first confirmed name of the reshuffle was Jeremy Hunt’s for economics. Hunt, former Minister of Foreign Affairs in the Johnson era, had taken over the delicate position of Chancellor of the Exchequer in Kwasi Kwarteng, who resigned on 14 October last in the days of economic and political turmoil. In the cabinet there will also be in the role of Deputy Prime Minister and Secretary of Justice Dominic Raab. In the executive also Simon Hart who takes the place of Wendy Morton, James Cleverly renamed Secretary of State for Foreign Affairs, Ben Wallace who remains in defense, Oliver Dowden as chancellor of the Duchy of Lancaster and Nadhim Zahawi, minister without portfolio.