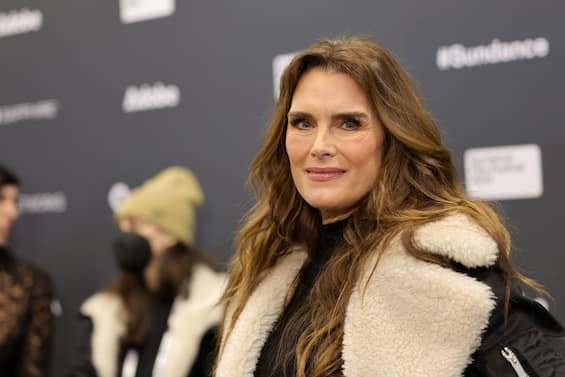 Brooke Shields, an 80s super-star in films like ‘Pretty Baby’ and ‘Blue Lagoon’, has revealed she was raped. She told it in ‘Pretty BabyBrooke Shields‘, a documentary that premiered at Sundance Film Festivalthe most important independent film festival in the world, back in presence after the two years of the pandemic in Park City, Utah.

the revelation and the documentary

The American actress said she was raped early in her career in Hollywood: she did not reveal who the attacker was, but she said she met the man – whom she knew – shortly after graduating from college, believing that he was was a business meeting to discuss his participation in a casting call for a new film. The man invited her to her hotel, claiming that he wanted to call a taxi for her from her room. Instead he went to the bathroom, came out naked and raped her. “It was like a tussle … I was scared of choking or something,” says the actress who she recalls not having “struggled much.” “I was absolutely frozen. I thought my ‘no’ should be enough. And I just thought, ‘Try to survive and get through it.'”

After the assault, Brooke Shields recalls phoning a friend who worked in security, Gavin de Becker, who told her: “It’s rape.” But she who was still shocked replied: “I’m not ready to believe it.” The actress had never spoken publicly about her assault on her. The revelation – in the wake of the many actresses, more or less known, triggered by #MeToo movement– is one of the many highlights of the documentary, which will be released on the Hulu streaming platform in two parts. In particular, the first section is dedicated to the intense sexualization to which Brooke Shields – who was a child of breathtaking beauty, introduced very young into the world of entertainment – was subjected at an early age: the actress remembers in particular the famous photo shoot that they were made at the age of 10 and in which she appeared naked; and then her starring appearance of her, at age 11 in the film ‘Pretty Baby’, in which she played a child prostitute.

In the documentary we see a very young Brooke Shields who has to answer decidedly embarrassing questions for a little girl, from men much older, on talk shows, about her roles. Having become famous when she was just a teenager, the actress, having become older, decided to take a break and enroll at Princeton University. She graduated and after graduating she wanted to start over with cinema, but at that point she struggled to find new roles, and it was at that point that she had the terrifying encounter with her rapist.