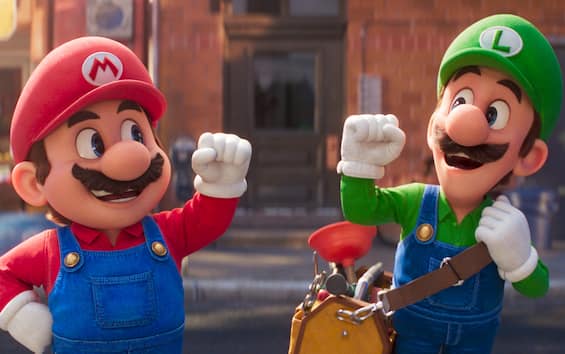 Mario still doesn’t talk much in the new trailer, but they can be seen some details of the film such as fire flowers and tanooki suits. In October we saw the first trailer of Super Mario Bros. – The Movie and this second one shows much more than the plot and the action in which the various characters will be involved. There’s a brief taste of life of Mario and Luigi in Brooklyn, New York, and then a look at the Mushroom Kingdom that all looks very authentic.

Super Mario Bros.: the plot of the movie

Mario is a plumber who travels with his brother Luigi to live a new adventure among underground labyrinths. Their mission is to rescue Princess Peach. From the images of the official trailers it seems that Bowser is trying to attack a castle populated by penguins and this will kick off an “epic” battle in perfect Mariesque style. The main villain of the game will take possession of a star that will serve as a tool to implement his dangerous plans.

Clues here and there in the trailer

Super Mario creator Shingeru Miyamoto pointed out that last year was the 40th anniversary of Donkey Kong and Super Mario. Although Nintendo seems to have ignored the anniversary, several rumors have speculated that the Super Mario Odyssey team was developing a new 3D game. In the new trailer they are noticeable fire holes, numerous Yoshis, Bob-ombs and a Mario Kart race in style Mad Max on Rainbow Road. At the beginning of the battle in the arena Cranky Kong is noticeable and the fact that Mario speaks little does not allow us to understand if Chris Pratt’s accent will work or not in the original version of the film.

The cast of Super Mario Bros.