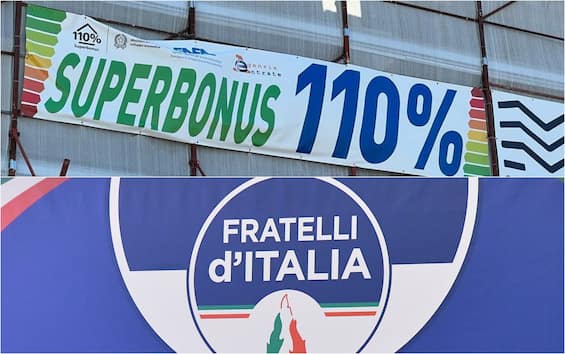 Prime Minister Giorgia Meloni’s party has two amendments to the Aiuti quater decree on the subject: the aim is to move the deadline for the presentation of the communication of the start of the works which allows the condominiums to still use 110% and release the credits of tax already accrued

While the government is preparing to experience weeks of fire between the Maneuver arriving in Parliament and the legislative decree on military aid to Ukraine, another front could soon open up for the majority: that of the Superbonus. Forza Italia has been pushing for some time to widen the shirts of the measure, and now the party of Prime Minister Giorgia Meloni has also presented proposals for modifications: the extension of the deadlines for filing the Cilas is at the center of the attention of the Brothers of Italy and the release of tax credits already accrued through the F24 instrument.

We think about Cilas and credit release

Fratelli d’Italia has two amendments ready to be filed upon expiry to the Aid quater decree on the Superbonus front. The first, as mentioned, concerns the times for filing the Cilas, the communication of the start of the works which allows the condominiums to still use 110%. The idea would be to move the deadline to December 31st. The other idea is to provide for the release of tax credits already accrued through the F24 instrument: “Abi and Ance, among others, also agree on this”, said the group leader in the Senate Budget Committee and supervisor of the provision, Guido Quintino Liris. “However, the ball is with the Ministry of the Economy to verify the coverage”.