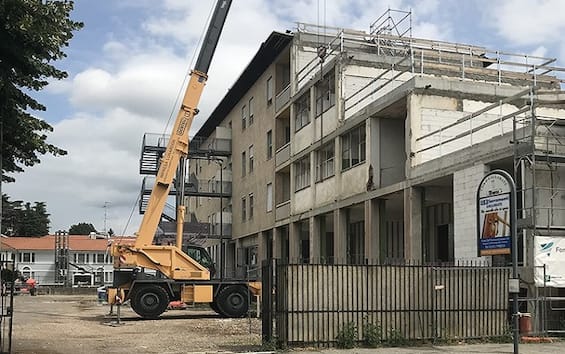 The 110% subsidy for the renovations of condominiums will not be extended and the time to request it for new jobs expired on November 25th. From January the tax refund will drop to 90%. New measures to try to unblock problem loans

There’s no more time to get the 110 percent Superbonus. The hypothesis of extending the possibility for condominiums to have the subsidy until 31 December seems to have definitively vanished. Times were now very tight and, above all, there is a problem of resources: the measure introduced in 2020 by the second Conte government, which allows you to recover the amount spent on renovating homes as long as energy consumption is improved, is very expensive.

As of 30 November, according to ENEA’s calculations, the incentive had grown further and the burden on the Treasury, expected at the end of the works for the tax relief, amounts to almost 64 billion. It must be said that the Superbonus has given a significant boost to the economic recovery but the date by which the application could be submitted for the full deduction remains fixed at 25 November, provided that the condominium had already given the green light to the works .

From next year leaner facilitation

From January there will be a change and for new renovations the reimbursement will be 90 per cent, with some exceptions such as that for villas where low-income families live (Isee up to 15 thousand euros) who have already started construction sites (30% of the works by end of September).

The ballast of blocked credits

Another novelty concerns the blocked tax credits, which would amount to 5 billion, and which risk bringing many companies to their knees. The idea is to widen the links to be able to circulate – therefore give up – the right to reimbursement, which over time had been restricted to curb fraud.

Usually, the homeowner gives the bonus to the building company, which – in turn – turns it over to the bank. From now on, the latter will be able to change hands one more time than now, making their circulation more likely. Furthermore, there is a public guarantee for those with problem credit: in practice, companies will be able to obtain a loan covered by the state from banks