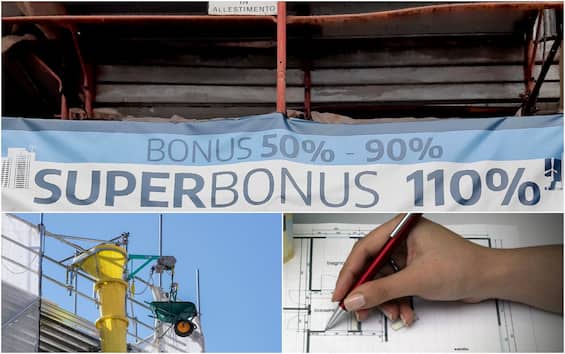 During a meeting between the executive and the representatives of the majority parties, the intention emerged not to allocate further resources for the building measure. We are thinking about an enlargement of the transfer mechanism to subjects other than banks

No new extension for the Superbonus. According to what is learned, this would be the line of the executive that emerged during the meeting between the government – represented by the Minister for Relations with the Parliament Federico D’Incà, by the Undersecretary for Relations with the Parliament Debora Bergamini and by Laura Castelli, Deputy Minister to the Economy – and the representatives of the majority parties.

It is considered to extend the sale mechanism

On the part of the government, there would therefore be no willingness to deploy additional resources for the Superbonus. At the meeting the critical issues of coverage of the measures, it is reported, were illustrated by the head of the cabinet of the Mef, Giuseppe Chinè. However, there would be the intention to verify the possibility of widening the links of the transfer mechanism, expanding it to other subjects besides banks, with the sole exclusion of individuals.

Meanwhile, the president of Cna, Dario Costantini, and the secretary general, Sergio Silvestrini, met with the Minister of Economy and Finance, Daniele Franco, at the Ministry’s headquarters to talk about Superbonus. During the interview, which the Cna defines as “cordial”, the president and the secretary highlighted “the worrying difficulties for tens of thousands of companies in the construction sector that are unable to sell tax credits linked to bonuses for redevelopment of real estate due to the freezing of the market “. Minister Franco, the confederation underlines in a note, “listened attentively to the picture illustrated by the Cna, underlining that the issue is for the attention of the Government”.