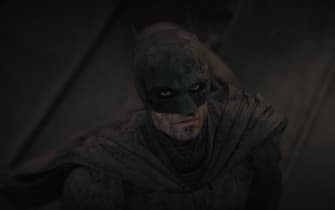 The Batman – It will be released in Italy on March 3 and is one of the most anticipated films of the year ever, not only if you look at the universe of superheroes, whether DC or Marvel. The Batman, directed by Matt Reeves, starring Robert Pattinson as the protagonist, will tell the second year of the Crusader in the cloak, bringing us an out-of-control and angry version of a young Bruce Wayne. With him the usual group of villains: the Riddler (Paul Dano), Catwoman (Zoe Kravitz), The Penguin (Colin Farrell) and the mafia boss Carmine Falcone (John Turturro)

WATCH THE VIDEO: The Batman, the trailer

Morbius – One of the most anticipated films of recent years, postponed several times due to Covid, should finally see the light between March and April (April 1st in the US, in Italy the date is still awaiting confirmation but it could be March 31st ). Morbius is the story of a biochemist suffering from a very rare disease who, in an attempt to save himself and the other patients, ends up injecting himself with a serum that transforms him into a vampire. After Venom, another of Spider-Man’s most celebrated antagonists debuts in a stand-alone. Portrayed by Jared Leto

Morbius, the trailer of the film with Jared Leto

Doctor Strange in the Multiverse of Madness, in cinemas from May 4th

Dc League of Super-Pets – If the dog is man’s best friend, why can’t a super dog be Superman’s best friend and most trusted ally? Yes, even Kal-El has his furry companion, Krypto, a dog with superpowers who accompanies him on his adventures and who, when his master and the other members of the Justice League are kidnapped, will have to work hard to put together a league. of super-animals able to save them. Dc League of Super-Pets arrives in Italian cinemas on May 19th

DC League of Super-Pets, the teaser

Thor: Love and Thunder – On 6 July 2022 it will arrive in Italian cinemas Thor: Love and Thunder, fourth chapter of the saga dedicated to the God of thunder, the first Marvel superhero to make standalone movie poker. Chris Hemsworth returns, in the role of Thor, this time however flanked by another superheroine, Natalie Portman’s Jane Foster, who, as in Jason Aaron’s comic saga, will challenge Mjollnir to defeat evil

Black Adam – Dwayne Johnson, aka The Rock, enters the world of DC superheroes as Shazam’s longtime antagonist Black Adam in a film that promises to be downright grim. In Italian cinemas from July 28th

Black Adam, the first clip of the film. VIDEO

Spider-Man: Across the Spider-Verse Part I – When it came out in 2018, Spider-Man: A new universe brought a breath of fresh air to the world of animation. 2022 will be the year of the first part of the second chapter of the animated version of Spider-Man, the one that opened the doors of the Multiverse to the MCU. Once again Miles Morales will wear the protagonist costume, again accompanied by Spider-Gwen and, you can bet, by many other “spider-being”. The teaser is already a little gem. American release scheduled for October 7, 2022

Spider-Man: A new universe, title and first images of the sequel

The Flash – The first standalone movie dedicated to DC’s Scarlet Sprinter is scheduled for November in Italy. To play Barry Allen is still Ezra Miller, already seen and appreciated by fans in Justice League (in the double version of Joss Whedon and Zack Snyder). This time the Flash ends up running so fast that he travels through time and finds himself in an alternate future where he meets a different Batman than the one he has already known … Michael Keaton

The Flash, the teaser trailer

Black Panther: Wakanda Forever – The production of Black Panther: Wakanda Forever has undergone forced adjustments and delays for several reasons. The first is the untimely death of Chadwick Boseman, the second is the injury suffered on the set to Letitia Wright. Everyone is wondering, now, who will inherit the role of Black Panther after T’Challa, given that Marvel Studios have chosen not to proceed with the re-cast of the character. Shuri’s interpreter strongly suspected. We will find out in November

Black Panther, M’Baku could be the new king of Wakanda

Aquaman and the lost kingdom – The second chapter of the Aquaman saga will arrive in Italy in December, with very confirmed director and cast. James Wan remains at the helm of a film that will see Jason Momoa as the protagonist, surrounded by stars such as Amber Heard, Patrick Wilson, Nicole Kidman, Dolph Lundgren and Yahya Abudl-Mateen II as Black Manta

Aquaman and the lost kingdom, new synopsis of the film with Jason Momoa