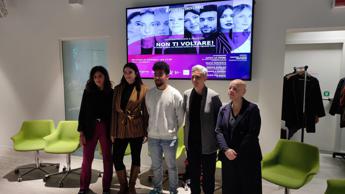 In the first quarter of 2022, the number of valid calls to 1522 was 7,814. The women who contacted 1522 reported having experienced multiple types of violence in 68.9% of cases (in particular 2 in 21.7% and 3 or more forms of violence in 47.2% of cases; a slight increase compared to the previous quarter). The data for the first quarter of 2022 confirms what was found in the previous quarters, namely that when women contact 1522 more frequently they report physical violence as the main violence they suffer; however, considering all the forms of violence suffered, psychological violence is the most frequent.


Also in the first quarter of 2022, over 61.4% of the victims declare that the violence has been going on for years, an increase compared to both the previous quarter (56.7%) and the respective quarter of 2021 (53.7%). In this context fits the fifth edition of #AlwaysNovember25th, an initiative promoted by Sorgenia on the occasion of the International Day for the Elimination of Violence against Women. The fulcrum of the project are ten podcasts that tell the stories of those who have witnessed cases of violence, an e-book that collects them and a theatrical performance open to the public that brings the stories to the stage, in Milan on November 24 with free admission, on the eve of the International Day for the Elimination of Gender-Based Violence.

The new edition of #Sempre25novembre invites everyone not to turn their heads, to act because violence against women affects everyone. The novelty lies in the point of view: no longer that of those who have experienced it firsthand, but the gaze of close people who have witnessed stories of abuse of family members, friends and colleagues. The project includes stories which talk about physical, economic, psychological violence and that witnessed by children through the voices of teachers, educators, parents, colleagues and friends. The protagonists are ordinary people and well-known names such as Cathy La Torre, Raissa&Momo, Maurizia Cacciatori and Enrica Scielzo. From this year, the stories of #sempre25novembre also become starting points for insights into Italian laws thanks to the lawyer Cathy La Torre. Specialized in anti-discrimination law, La Torre tells, in parallel with the podcast, the path of some laws of our country, she offers insights and legal advice on situations of violence that often repeat themselves as patterns in our society. At the end of the e-book there is also a series of advice by La Grande Casa scs, to provide concrete tools that allow you to act and not turn your head in the face of situations of violence.

The awareness initiative is promoted by Sorgenia to keep attention high on the social emergency of gender-based violenceAnd. The process began in 2018 with the aim of tackling the phenomenon every day, not just on the day dedicated to the topic. Once again this year they collaborated on the Parole O_Stili project, whose Manifesto of non-hostile communication inspires the narrations of the podcasts, and La Grande Casa scs, a cooperative that has guided the company from the outset on the correct way to represent the violence of gender. The ten podcasts are collected in an e-book that can be downloaded from today: for each download, the company will donate 1 euro to support the Reama project of the Pangea Onlus Foundation: it is a support and support network made up of professionals, anti-violence centres, shelters, associations that work to combat violence.

Together with the e-book, it is also possible to download the link to follow the theatrical event in streaming ‘Don’t turn around! It’s time to act. Violence against women concerns everyone’ on stage on 24 November at 8.30 pm at the Odeon cinema in Milan (free admission, by reservation), with a preview in theaters at 7 pm, sold out a few days after the announcement. From the theatrical performance, Sorgenia will produce digital educational material distributed in schools throughout Italy, thanks to the collaboration with Parole O_Stili for education and prevention activities aimed at students.